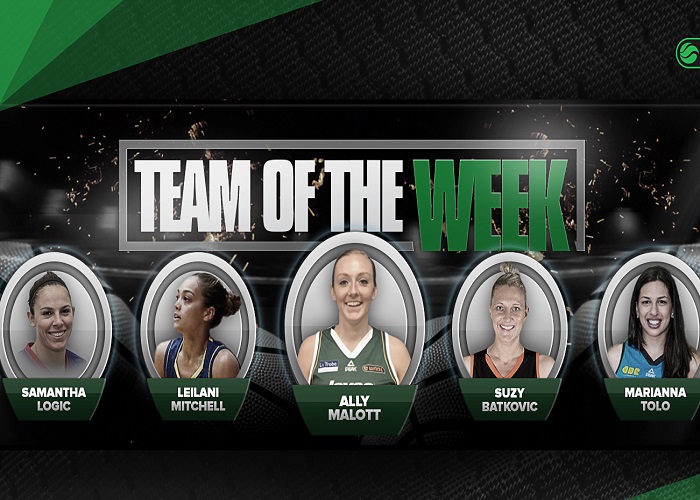 ROUND 14 TEAM OF THE WEEK

A couple of Team of the Week debutants have been named in Round 14 including Player of the Week, Ally Malott, from the Jayco Dandenong Rangers.

Joining her is MAC Adelaide Lightning point guard Samantha Logic, who recorded a double-double in an exciting battle against Leilani Mitchell on Thursday night.

She finished with ten points, five rebounds and ten assists (just one shy of the league season-high).

Brydens Sydney University Flames’ Mitchell made the Team of the Week herself and could have arguably been named Player of the Week after averaging 18.5 points, 3.5 rebounds, five assists and two steals in two Round 14 victories.

It is her fifth nomination for the season.

Marianna Tolo of the University of Canberra Capitals has been named for a fourth time after fighting out a great battle with Suzy Batkovic on Sunday.

She ultimately helped her side to an important win while collecting 17 points, eight boards and four blocks but JCU Townsville Fire’s Batkovic was also named as she held her own in the paint.

The centre recorded a double-double of 23 points, 12 rebounds and five assists and with her sixth nomination for 2016/17, she is nearing her tally of eight from last season.