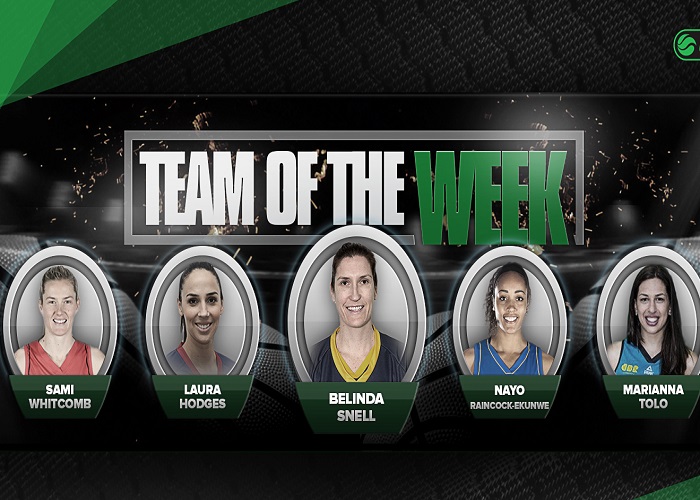 ROUND 16 TEAM OF THE WEEK

Following her first Player of the Week award in 2016/17, Belinda Snell of Brydens Sydney University Flames has been named in her first Team of the Week.

She is flanked by Perth Lynx’s Sami Whitcomb who earns her twelfth nomination which is an incredible 75% of the rounds.

MAC Adelaide Lightning’s Laura Hodges is also named, for the first time since she was in the Round 1 Team of the Week, after recording 23 points on 11-18 shooting with three boards and a steal in a tough loss to Perth.

Nayo Raincock-Ekunwe of the Bendigo Bank Spirit was named three times in the first six rounds and has now made her fourth Team of the Week in Round 16.

She starred in an important victory over the Boomers with a double-double of 27 points and ten rebounds.

Rounding out the Team of the Week is Marianna Tolo of the University of Canberra Capitals who has been named for a third consecutive time and sixth overall.

While the Caps lost a nail-biter to Sydney Uni, Tolo collected 16 points, 11 rebounds (six offensive) with a steal and a block.