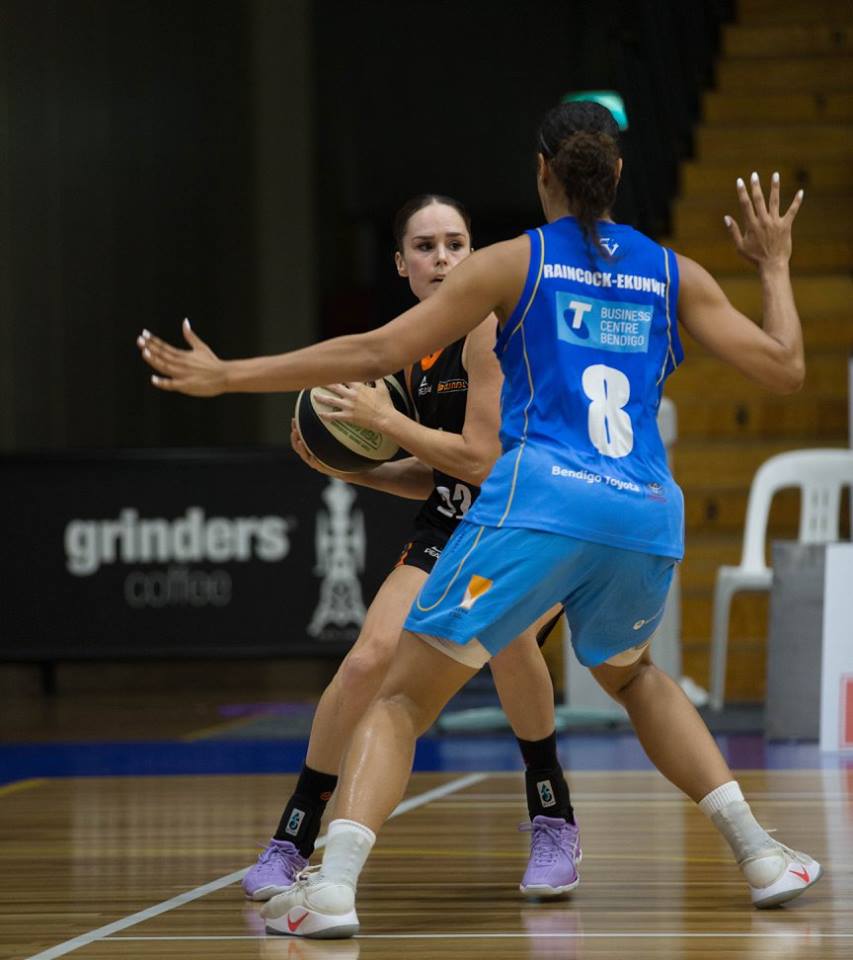 The JCU Townsville Fire have emerged as a playoff threat with two wins on the road, making it very difficult for the Bendigo Bank Spirit and University of Canberra Capitals to overtake them in the last two rounds while the Brydens Sydney University Flames firmed in top spot.

Chris Lucas, Lightning coach:ÊÒAlexÕs performance was her best this year by far. But Tayla Roberts missed three baskets under the rim and they turned them into lay-ups on each one. We also missed some key free throws.Ó

Larissa Anderson, Rangers coach:ÊÒTownsville brought their A-game and we probably brought our B-game. We saw what happens when you donÕt follow the scout and arenÕt locked in and we made really basic defensive errors and got punished all game.Ó

In what, at one stage, looked like an easy victory, the Spirit made sure it would be a tight finish as big threeÕs to Blake Dietrick and Kelsey Griffin narrowed the margin in the final minute. Leading by as many as 25 points in the second half, Townsville took the foot off the gas and Bendigo responded accordingly, bringing the deficit back all the way to two points. However, Suzy Batkovic (31 points) came up big in the clutch, draining six free throws in the final 60 seconds to wrap up the win. Murray was exceptional for the second game in a row with 22 points while for the Spirit, Griffin finished with 28 points and Nayo Raincock-Ekunwe collected 12 points and 14 boards.

Simon Pritchard, Spirit coach:ÊÒIt was a game of two halves, IÕm disappointed in the way we came out in the first half. We missed so many of the things we had prepared for and we paid the penalty. [In the second half], we pressured them like we should have and the energy picked up.Ó

Claudia Brassard, Fire coach:ÊÒI was really proud of the effort that we showed this weekend. Everyone knew how big this game was in the context of our season and to respond with two wins after losing our starting point guard says a lot about our mental approach. We havenÕt handled adversity well this season, but to our credit, we found a way and that says a lot about this group.Ó

Ladder positions did not mean anything for the Flames and Boomers as they played out one of the games of the season. However, Sydney Uni were able to hold off the home side with a dramatic five-point win as they sealed the game from the free-throw line. Asia Taylor was a force, scoring a game-high 28 points along with 15 rebounds, as she controlled the middle of the lane but Maddie Garrick ensured it remained a close contest as she tallied 16 points.

Guy Molloy, Boomers coach:ÊÒIÕm really pleased with their commitment to prepare as hard as we can for games. WeÕre the smallest team in the competition but I know somewhere in us, we have a hot shooting night. IÕm surprised we havenÕt broken out once or twice from the perimeter because I know we have the ability to do that.Ó

Cheryl Chambers, Flames coach:ÊÒIt was a great game. It was pretty close, it was one of those games on who was going to be able to grind it out and execute down the track.Ó

The Lynx have moved equal on the WNBL ladder with Dandenong at 14-7, scoring a comfortable 84-72 triumph over the Capitals. After taking the lead with 9:19 remaining in the second quarter, the Lynx never trailed again, as they controlled the tempo of the contest. Sami WhitcombÕs sensational offensive campaign continued with 27 points, while Ruth Hamblin doubled-up with 12 points and ten rebounds and for the beaten Caps, Lauren Mansfield led the way with 19 points.

Andy Stewart, Lynx coach:ÊÒTo get these six, eight, nine point contributions from everywhere, and to then go and play good solid D, it makes us hard to defend. What weÕre trying to do is create an offense where we just score out of reads. If weÕre open for the three, shoot the three. If weÕre open inside, we can work inside, or drive the ball.Ó

Paul Goriss, Capitals coach:Ê“Both teams are vying for a playoff spot and we needed a win to stay in that top four contention but the game was high quality and we just gave up too many offensive rebounds and we turned the ball over under their pressure.”

Boti Nagy recapped the LightningÕs loss to Canberra on Friday night for the Adelaide Advertiser: http://www.adelaidenow.com.au/sport/basketball/adelaide-lightning-miss-golden-opportunity-for-first-home-win/news-story/a1822fd6c3b6bdf628fd9c13ecf0f40a

Roy Ward covered MelbourneÕs gallant loss to the ladder leaders for the The Age: http://www.theage.com.au/sport/basketball/wnbl-melbourne-boomers-fall-short-to-inside-power-of-sydney-university-flames-20170205-gu5t4l.html

Megan Hustwaite analysed DandenongÕs loss to the Fire for the Leader: http://www.heraldsun.com.au/leader/south-east/sport/defensive-errors-cost-dandenong-rangers-in-wnbl-crunch-game-against-townsville-fire/news-story/3384a063e8e76a94725f4117933df29a

Hustwaite also looked back on the Boomers’ history on their 33rd birthday with this feature:Êhttp://www.heraldsun.com.au/leader/east/sport/debbie-slimmon-sharin-milner-and-rachel-jarry-reflect-on-33-wnbl-seasons-of-the-boomers/news-story/96616390cb91986ea169be40d1a8c52a

Asia Taylor proved the difference for the Flames in a wake-up call game reports Swoop: http://www.dailytelegraph.com.au/sport/swoop/import-asia-taylor-inspires-sydney-uni-flames-to-wnbl-win-over-boomers/news-story/1cae8a95d1144a8630fcddbcf8c3a80e

Luke West of the Bendigo Advertiser looks at the Spirit who have lost control of their playoff destiny: http://www.bendigoadvertiser.com.au/story/4447507/spirit-falls-short/?cs=81