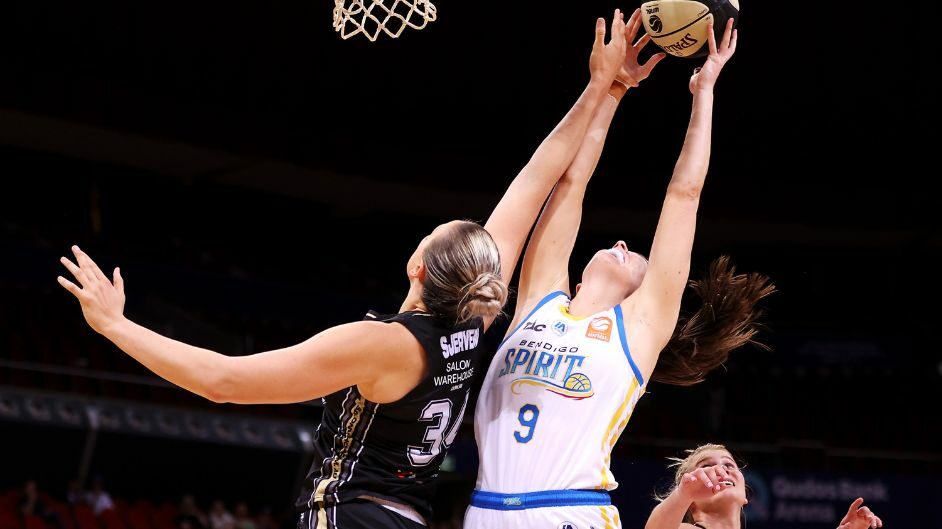 What a massive round of WNBL! Fighting Period Poverty Round was jam-packed full of thrilling games with every team taking the court this week.

After beginning the season 0-3 the Lightning have bounced back with some huge wins. This round saw Adelaide go 2/2, with the two imports of Kierstan Bell and Jacinta Monroe finding their rhythm.

Monroe top scored for Lightning against the Capitals, finishing with 19 points and six rebounds. Then backed it up with a double-double against Southside with 22 points, 10 rebounds.

Bell blitzed it in Lightning’s win over Southside with a massive double-double of 23 points and 14 rebounds.

Bendigo remains undefeated after round four with two wins over Townsville and Sydney. Fans were treated to a showdown on Friday night with two serious contenders facing off at the Fire Pit. Bendigo just got over the line in an extremely tight contest, winning by two points!

Ally Wilson was huge for Bendigo in her best game so far this season, top scoring along with Kelsey Griffin with 16 points.

George was on fire in the Boomers’ win over the Lynx with yet another double-double performance with 23 points, 13 rebounds.

Anneli Maley proved why she is the reigning league MVP this week finishing with not one, but two double-double performances for the round.

Maley finished on 12 points, 16 rebounds against the Fire, and 26 points 11 rebounds in a dominant performance over Sydney.

WNBL champion, Monique Conti had a historic weekend of her own, making her return to Southside Flyers, and claiming a fourth-consecutive Richmond AFLW Best and Fairest.

To support Fighting Period Poverty Round, Cygnett generously donated $50 for every three scored.

There was a grand total of 75 three-pointers scored by the teams this round, meaning $3750 will be donated to charity, Share the Dignity!

Player of the Week

Team of The Week