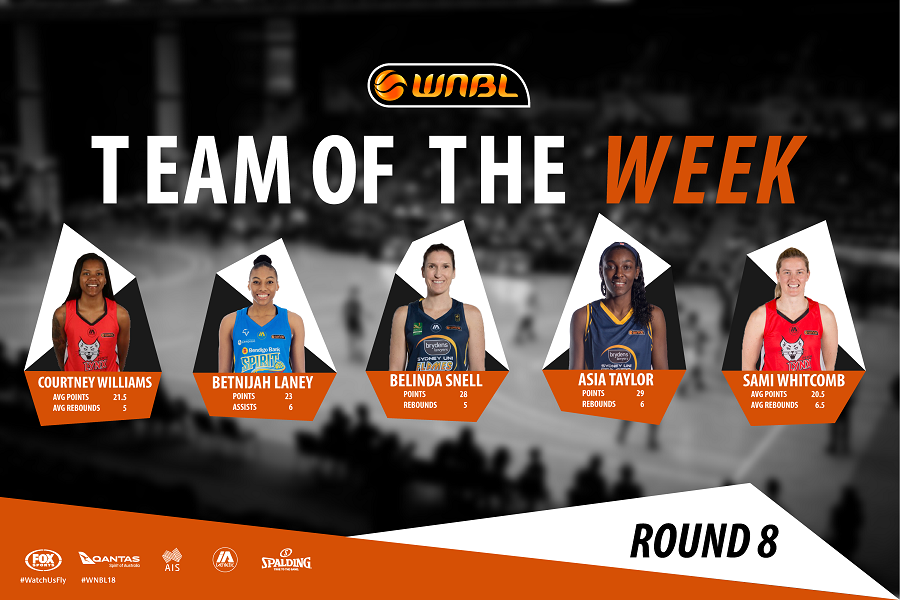 Round 8 Team of the Week

After scoring a strong 28 points and securing Player of the Week, Belinda Snell of the Brydens Sydney Uni Flames has been named in team of the week.

Snell shot 28 points, including even 3s with 10 field goals and five rebounds during the Flames win over the Deakin Melbourne Boomers. Snell’s impressive performance came off the back of missing a game last week due to a hamstring injury.

Assisting Snell in the Flames victory, Asia Taylor lead their scoring with 29 points, six rebounds securing her place in the team of the week for the fourth time this season.

Bendigo Bank Spirit put themselves back in the winners column this week with a thrilling three point victory over University of Canberra Capitals, Betnijah Laney with 23 points, four rebounds and six assists. The win showed off Laney’s shooting form with a 71% field goal percentage.

Playing two games over the course of round eight, Courtney Williams brought home not just two wins for the Perth Lynx, but a 21.5 points and five rebounds average.