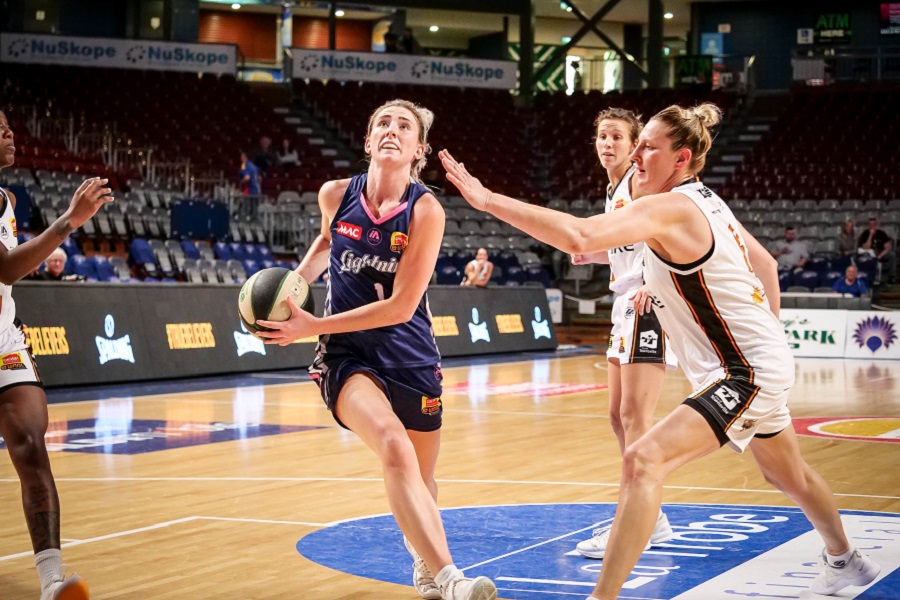 ROUND 9 PLAYER OF THE WEEK- LAUREN NICHOLSON

Lauren Nicholson has been awarded Player of the Week honours for Round 9 after a stellar double-header in which the Lightning went 2-0, pushing themselves into the top four on the ladder.

Starting the round sitting just outside the top four, Nicholson and the Lightning travelled to Sydney to face the Flames who were riding a fresh wave of confidence following their first win the previous weekend.

The Lightning got off to a fast start as Nicholson scored eight first-quarter points, helping the visitors to a 23-15 lead at the first break.

From there, Adelaide held onto their lead for the rest of the contest, eventually running out 10-point winners to get their Round 9 double-header off to the perfect start while Nicholson totalled 26 points on 9-14 shooting with seven rebounds and three assists.

Two nights later, the Lightning visited Townsville in a crucial game for both teams’ top-four chances.

Nicholson again set the tone, scoring another eight points in the opening term and she could not be stopped from beyond the arc all game, hitting 5-8 from distance overall.

Adelaide sealed the victory with a 25-16 third quarter and Nicholson was integral with seven points, two rebounds and a steal before going on to finish with 23 points, two assists and two steals.