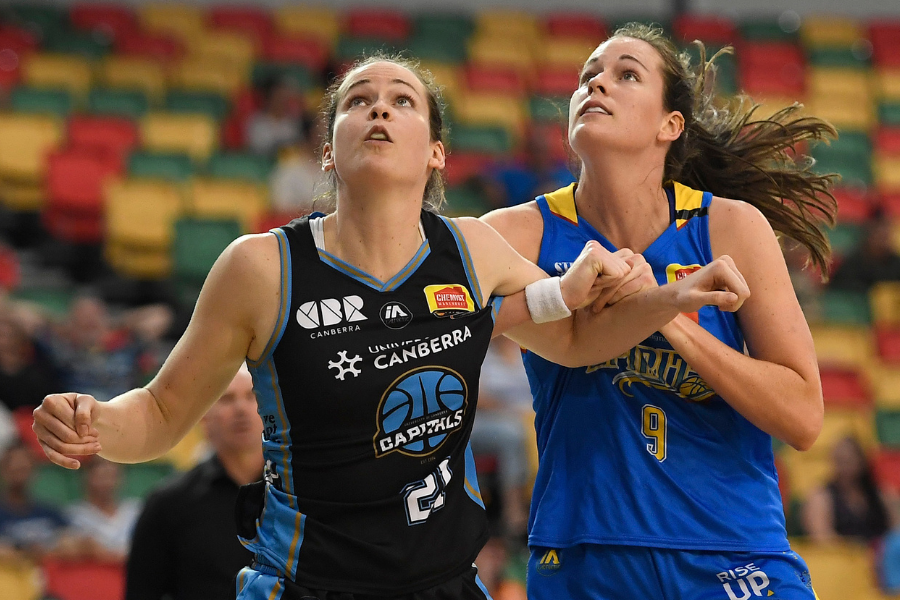 It’s been 349 days since we last saw the WNBL in action, and after another chaotic lead-up, the 2021/22 season will finally get underway today.

A condensed first round to open the season will see reigning champions, the Southside Flyers take on a stocked-up Bendigo Spirit on Saturday afternoon while the Froling sister showdown between the Sydney Uni Flames and the UC Capitals will take place on Sunday.

WNBL Media breaks it down:

The Flyers achieved the ultimate success in 2020, but it’s a new season and the slate has been wiped clean. Winless last year, Bendigo was efficient during the offseason, luring big-name recruits down the highway including the 2020 leading rebounder, Anneli Maley, dual WNBL champion, Maddie Garrick and reigning WNBL champion, Leilani Mitchell.

After four seasons with the UC Capitals, Maddison Rocci returns home to Victoria to join sister-in-law, Aimee, on the Southside list.

Note: It’s a clash of last year’s best and worst teams but the Spirit has strengthened their list after courageous offseason recruitment. Can the Flyers return with the same hunger that got them to the top? Or will Leilani Mitchell show her old club what they’ll be missing?

This weekend will be the launch of Sydney’s highly anticipated father/daughter coach/player combo, with Shane and Shyla Heal newly recruited and set to strive for success at the Flames.

After missing out on finals in 2020, signing dual WNBL champion, Keely Froling comes as a power move for Sydney, as the experienced 25-year-old goes from strength to strength. Not only a fresh face at the club, Froling also takes on the captaincy alongside Lauren Mansfield.

The UC Capitals will have a fire roaring in their bellies after falling out of the finals early in the 2020 season. The Caps welcome games record holder, Kelly Wilson back to the WNBL as she launches her 19th season after having her first child earlier this year, adding extra depth and experience to their youthful lineup.

The Caps replaced Froling for Froling as they said goodbye to Keely and brought in twin Alicia. The sister showdown will be one to watch as they go head-to-head on Sunday, as Keely takes on her old club.

Note: A battle of WNBA imports, as the Flames debut Chelsea Dungee and Stephanie Watts while the Caps launch the ever charismatic Brittany Sykes. Will the Caps elevate their game an extra step? Or will the Flames level up and bring the heat?

Get to the game, tickets are available here.