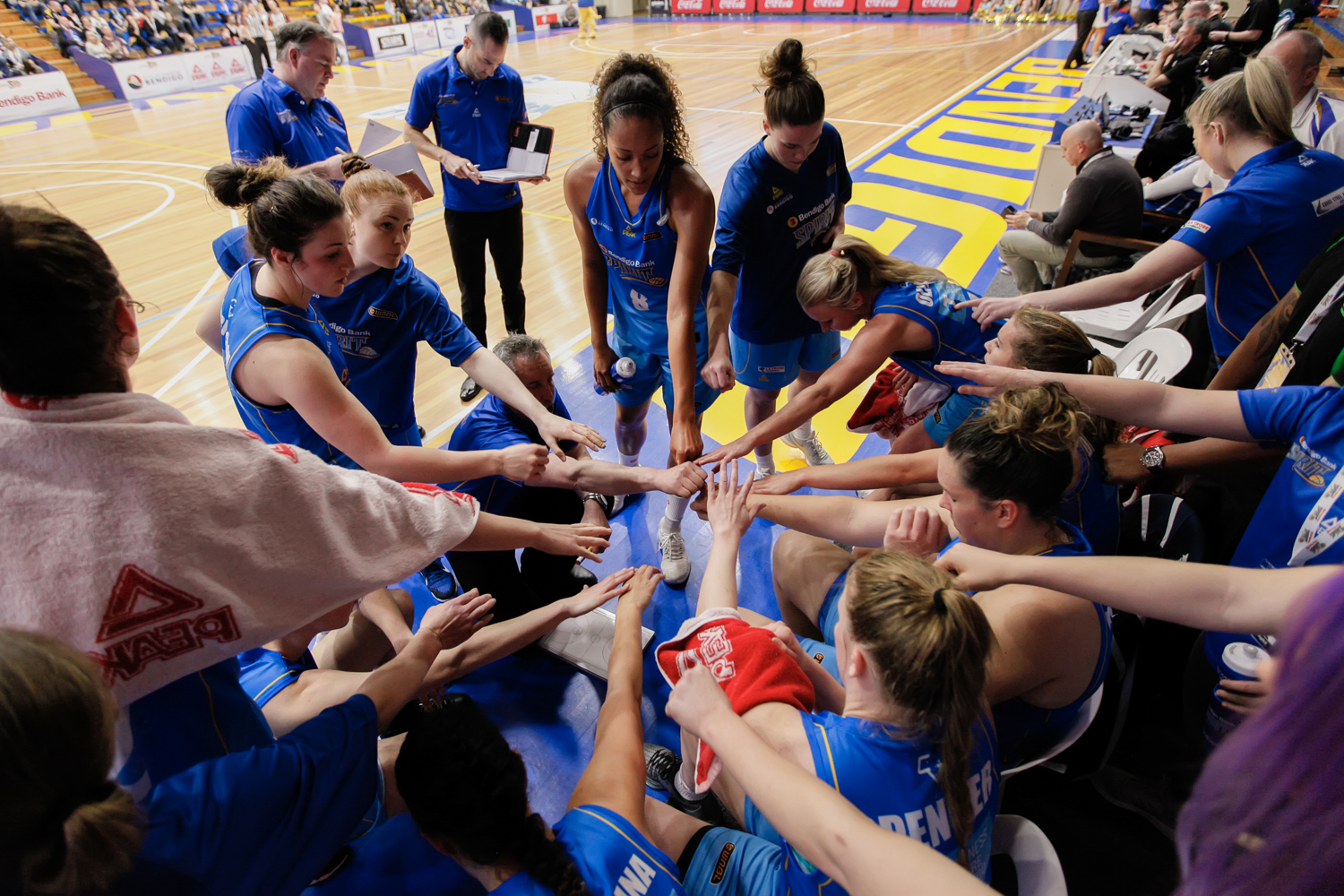 Owning one of the strongest front court partnerships in the league, Bendigo were benefited at both ends of the floor by Nayo Raincock-Ekunwe and Kelsey Griffin, who combined for 31 points and 16.1 rebounds per game while helping the Spirit to be the best defensive team in the league. Griffin also earned a fourth consecutive Bendigo MVP at seasonÕs end and tallied a club-best 58 assists while she was helped in the paint by the ever-reliable Gabe Richards and new addition this season, Nadeen Payne. Kerryn Harrington averaged a career-high 7.9 points per game in spite of injuries and Heather Oliver and Ashleigh Spencer continue to rise and give hope for the future. In terms of the future, the Spirit have come under the Bendigo Stadium banner to strengthen the organisation and streamline all Bendigo associations.

Missing the playoffs for a second consecutive year for the first time ever, Bendigo will rue the second half of the season which saw them fall from second on the ladder at the Christmas break to sixth with a 3-6 record in 2017. While they owned the best defence overall for the season, they gave up 80.3 points in the New Year which would have been the worst in the competition and they also recorded the third most amount of turnovers for the season.

Import Nayo Raincock-Ekunwe was arguably the signing of the off-season as she finished third in the Defensive Player of the Year voting and eighth in the MVP voting. She was named Player of the Week twice and in the Team of the Week five times as she averaged a team-high 15.9 points (eighth in the competition) and 8.4 rebounds (fourth) per game while shooting a very efficient 53% from the field. Her athleticism and ability to create around the rim made her a force to be reckoned with in the paint and has led her to sign a training contract with New York in the WNBA while coach Simon Pritchard has already stated he would love to see her return for 2017/18.

The return of Raincock-Ekunwe and Griffin would provide a base for which the Spirit can build a playoff-calibre team around next season and while they may have found they were a little too front court heavy, several of their players will have benefited from this season including a group of rising youngsters. They are likely to chase a point guard to help Harrington as well.

Completing her ninth season in the WNBL, Nadeen Payne came into her own as a part of SEQ in 2015/16 and had another impressive season in 2016/17 with 6.9 points and 4.1 rebounds per game for Bendigo. She has developed a three-point shot over the past two years as well to increase her threat level offensively but will be keen to improve on her 28% mark from the field this season moving forward.