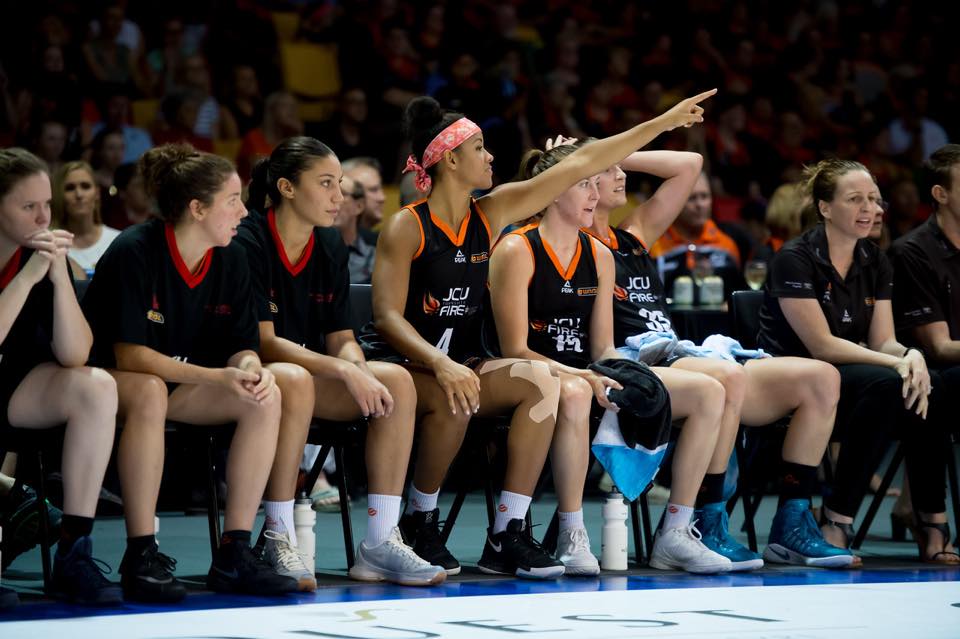 Putting together a strong back half of theÊyear, the Fire finished the regular season with eight wins from their final 11 games to reach the playoffs for a sixth straight time. They were the best rebounding team in the competition with Suzy Batkovic, Kayla Standish, Mia Murray and Darcee Garbin all sitting in the top 25 for the league in boards per game while MurrayÕs 14 points per game was a personal best over her 12-year career. Standish continues to develop her three-point shot, hitting 42% on the season while Natasha Cloud proved to be a critical member of the team with her perimeter defence and ability to share the ball aÊmajor contributor in Townsville’s finals-calibre performance.

The Fire missed the Grand Final for the first time in four years and were unable to match it with the Flames in the Semi-Final series, losing both games including a record-breaking 42-point defeat in Game 1. Kelly WilsonÕs return to Townsville was hampered by injury which put more pressure on the likes of Micaela Cocks and while the team finished the regular season in form, their 5-7 start to the year always put them on the back foot.

It does not take a genius to work this one out with Suzy Batkovic putting the Fire on her back in the second half of the season to carry them to another playoff series. Winning the December Player of the Month award, she led them to four straight wins to get their season back on track with 23.8 points, 14 rebounds and three assists per game while she finished 2016/17 with 20.9 points (second in the league) and 10.9 rebounds (second). She was named Player of the Week a competition best three times and nominated in Team of the Week nine times before re-writing the history books with a fifth MVP, overtaking Lauren JacksonÕs previous record of four. Still the most dominant front court player in the game, Townsville largely have Batkovic to thank for their sixth straight playoff appearance.

Batkovic is currently a free agent and the Fire will be desperate to re-sign her if they want to remain in the top tier of the league but they also must continue to develop their forwards such as Standish to help out their centre under the rim. Locking up Mia Murray already for 2017/18 is a step in the right direction while a healthy Wilson or some new blood at the point guard position is another key for this off-season.

With her role increasing in her second year with Townsville, Garbin pulled down a career best 4.7 rebounds per game to go with a handy 8.3 points. She shot a personal and team best 47% from the field, finished third in the club for offensive boards with a total of 43 and her defence continues to improve, sitting fourth at Townsville for rejections. If she can maintain a steady increase across those numbers in 2017/18, the Fire may have solved the issue of an over-reliance on Batkovic.