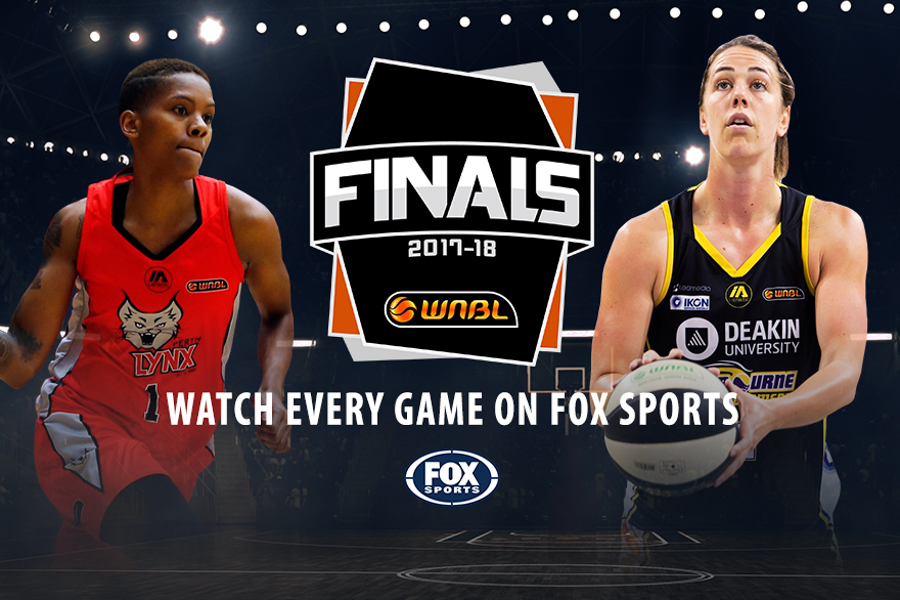 Back in the post-season for the first time in four years, it is no coincidence that Melbourne also have Liz Cambage and Jenna O’Hea back in the line-up who were around for the Boomers’ last Championship in 2011. Finishing in fourth place is not ideal and means they need to win at least once in Perth to advance to the Grand Final while they will also be sweating on the health of Cambage and Bec Cole who missed the Round 12 encounter against the Lynx.

A 14-game winning streak for the Lynx came to a halt in Round 13 as they dropped consecutive matches heading into the playoffs. Under injury clouds, Amanda Dowe missed the last game of the regular season while Sami Whitcomb only played seven minutes before hurting her wrist and coach Andy Stewart was then careful with his other starters. The Lynx will be hoping last weekend provides a reset prior to the finals begin.

Front Court: With Cambage, O’Hea and Kalani Purcell, the Boomers have the edge in the paint against the likes of Dowe, Kayla Standish and Alice Kunek. Dowe has been struggling with a knee injury and could be replaced by Nat Burton in the starting line-up but having been cleared to play, her size and strength will offer a better counterpoint to Cambage.

However, Perth still need to find an answer for the centre who has averaged an incredible 30.5 points and 20 boards in two meetings which included a 23 point, 23 rebound performance in Round 3. O’Hea and Purcell are also two of the top passing forwards in the league but they will need to help on the glass to combat the Lynx who are the best offensive rebounding team, averaging over four more per game than Melbourne. Kunek will also be aiming for a productive game on the road as she averages three less points per contest compared to when she plays at home and her range will provide a problem for the Boomers if she gets hot.

Back Court: While Melbourne will back themselves to have the advantage in the front court, their starting back court of Cole and Maddie Garrick have their hands full against Whitcomb and Courtney Williams.

Both Cole and Whitcomb are battling injuries but Whitcomb’s presence is very important to the Lynx’s chances as she is not only averaging 21 points against Melbourne this season but 8.3 rebounds, four assists and 3.3 steals as well. In addition, Williams has been stuffing the stat-sheet with 21.7 points, 4.3 assists, four steals and 1.7 blocks vs. the Boomers including a huge rejection in Round 11 on Cambage to prove her amazing athleticism. As well as matching their speed up and down the court, Cole and Garrick will need to knock down a few three-pointers and help improve on their 29% mark as a team from downtown to keep pace with the visitors on the scoreboard.

Bench: Two previous Rookie of the Years and a couple of seasoned players headline the benches of these sides with Monique Conti and Alex Ciabattoni facing off as well as Louella Tomlinson and Toni Farnworth who are both healthy at the right time of the year after missing the first half of the season.

Brittany Smart is a potential starter for Melbourne depending on Cole’s status and her 8.8 points per game as well as a career-high 2.8 assists have once again been a critical piece to their season. Farnworth and Ciabattoni’s defence will need to be at its best to contain the speedy combination of Smart and Conti while Perth’s Olivia Thompson will be keen to make a statement in the playoffs against her old side.

Perth took the season series against Melbourne 2-1 but the Round 12 contest was not a fair fight as the Boomers were missing Cambage and Cole. The first of two meetings with full squads came in Round 3, when Melbourne won by two points in overtime courtesy of six points from Cambage in the extra period before Cole sealed the victory from the free-throw line. The Lynx then got their revenge in Round 11 by three points as they held off several Melbourne charges with a clutch Standish three-pointer and free-throws from Whitcomb. Those two contests were at the State Basketball Centre as well which sets up a fascinating contest tonight.

With the first game at home, Melbourne face the pressure of having to perform but with recent injuries to Whitcomb and Dowe, the Boomers could be heading into the contest as favourites. If the visitors are on song from deep, they should be able to overcome whatever the Boomers throw at them but if they start to rush their shots and cannot contain Cambage in the paint, Perth will find themselves in a world of pain quickly. Expect a fast-paced game as both teams like to play up-tempo which will be a treat for the expected 2,000+ crowd.