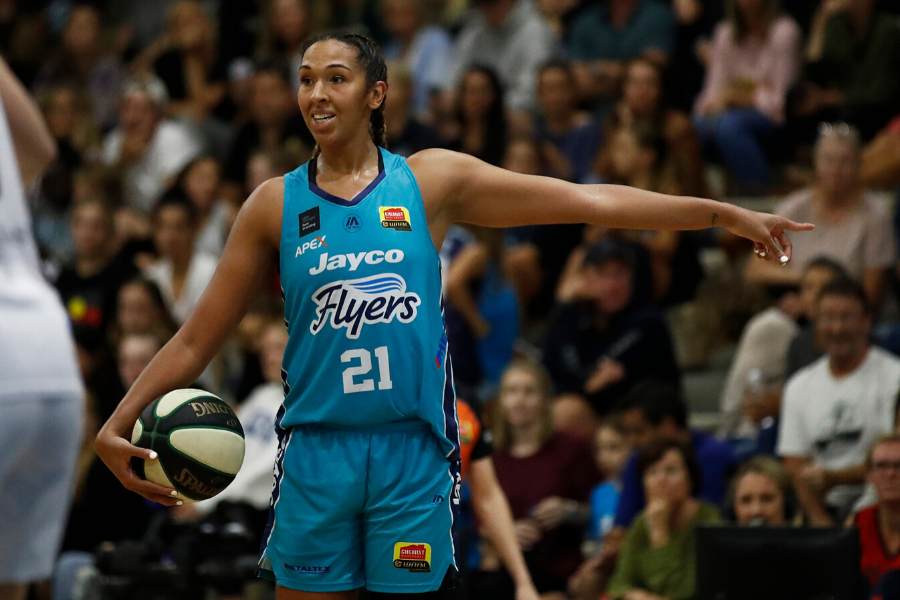 The Jayco Southside Flyers held off a late 4th quarter comeback by the Adelaide Lightning to take a 1-0 advantage in their best-of-three matchup on the road at Dandenong Stadium tonight.

Newly crowned WNBL Defensive Player of the Year, Mercedes Russell, was dominant in the post on both sides of the ball, scoring a game-high 20 points and snatching a whopping 19 rebounds.

Russell was supported by Flyers teammate Rebecca Cole, who had a balanced game, finishing the night with 13 points, 6 rebounds and 4 assists.

The Lightning played a well-executed first half offensively, led by Stephanie Talbot, who posted 11 points in the first quarter.

Each time the Flyers would cut into the lead, the Lightning continued to battle back in a physical game that would see Adelaide go into the second half up by only five.

The Flyers came to life in the third quarter off a significant offensive rebounding advantage and physical defensive play and managed to hold off a late Lightning comeback in the final two minutes.

The Flyers will head to Titanium Security Arena in Adelaide to face the Lightning on Saturday, February 22 at 6pm (local time) in Game Two of their WNBL Semi-Finals best-of-three matchup.