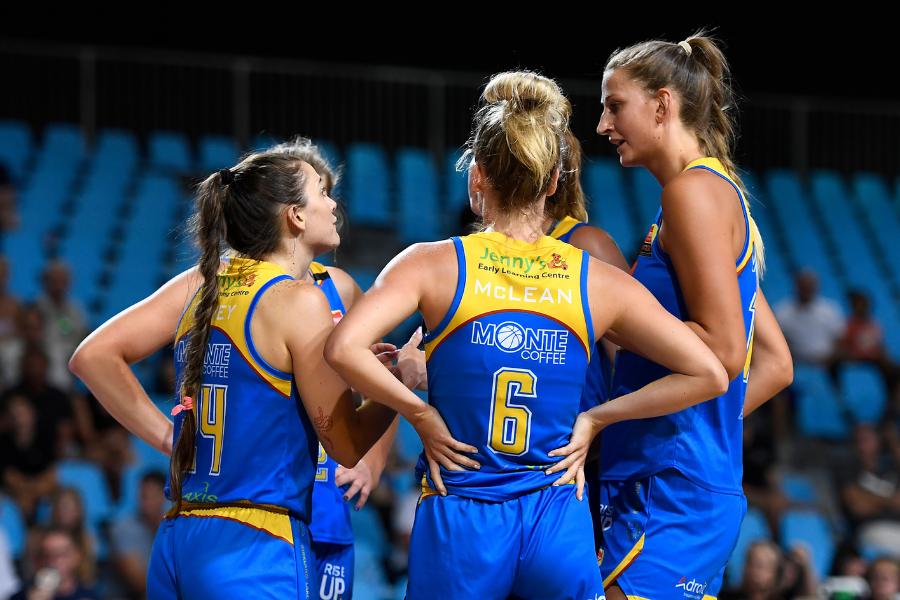 The Villawood Properties Bendigo Spirit have one last chance now for that elusive first win of the 2020 Chemist Warehouse WNBL season but if the Deakin Melbourne Boomers still hope to finish top two they can’t afford a slip up in Cairns on Friday.

The Spirit and Boomers lock horns at Cairns Pop-Up Arena on Friday in what is the last game and final chance of a victory for Bendigo, while Melbourne has the chance to stay in top two hunt leading into their last game on Sunday in Townsville against the Fire.

Bendigo might have lost it’s opening 12 games of the WNBL season, but it hasn’t been without some encouraging efforts including a purple patch of form either side of half-time against the Sydney Uni Flames on Sunday, and then a blistering start against the Adelaide Lightning on Wednesday.

The Spirit couldn’t have asked for anything more from stars Carley Ernst and Tessa Lavey in an eventual 10-point loss to Adelaide either having led by as much as 12 following a 14-0 run during the opening quarter.

Ernst ended that game on Wednesday with 32 points and 15 rebounds while Lavey added 17 points, six assists and five rebounds.

If they can get some more help and put together four quarters in their final game against the Boomers on Friday, then the upset and uplifting end to 2020 is on the cards and that’s certainly what Ernst is hoping for.

“For us it has been about putting four good quarters together,” Ernst said.

“We have shown glimpses in games where we play one, two or three good quarters but then in the other we let them hurt us and score about 30 points. If you let a team score 30 points for one quarter it’s hard to come back and win. For us it’s just about that.

“This is our last game now on Friday and we want to have some fun. We have been having lots of fun even though we’ve been losing and we want to get a win obviously.

“We have been taking a lot away from every game with what we can do better, so we can defensively do better than we did in the second half against Adelaide, we can get a bit better offensively and then hopefully we get a win now in this last game.”

While the Spirit are just hoping for a positive end to their campaign, for the Boomers there’s plenty more at stake in terms of gearing up for the finals.

With two games to go, Melbourne holds an 8-3 record and they could still finish anywhere from first to fourth heading into next week’s finals.

Two wins this weekend starting against Bendigo on Friday, and then Townsville on Sunday, would leave them in a strong position at least to end up in the top two.

Superstar Ezi Magbegor is looking forward building on their momentum from beating Adelaide on Tuesday and to welcome back Tess Madgen.

“We obviously play Bendigo Friday and you know they are determined to get a win so we can’t come in lightly to that game,” Magbegor said.

“We then finish off in Townsville against Townsville, which will be interesting because they are fighting for a finals spot as well and have been playing really well lately. Leading up to finals we need to take this momentum into Friday and then hopefully Sunday as well.

“Madg is a key to this team and she does a great job fighting for us when she’s on the court or even off it. This game was one to give her that time to rest because she puts her body out there so much, but a couple of days rest will leave her strong and ready to go for the Bendigo game.”