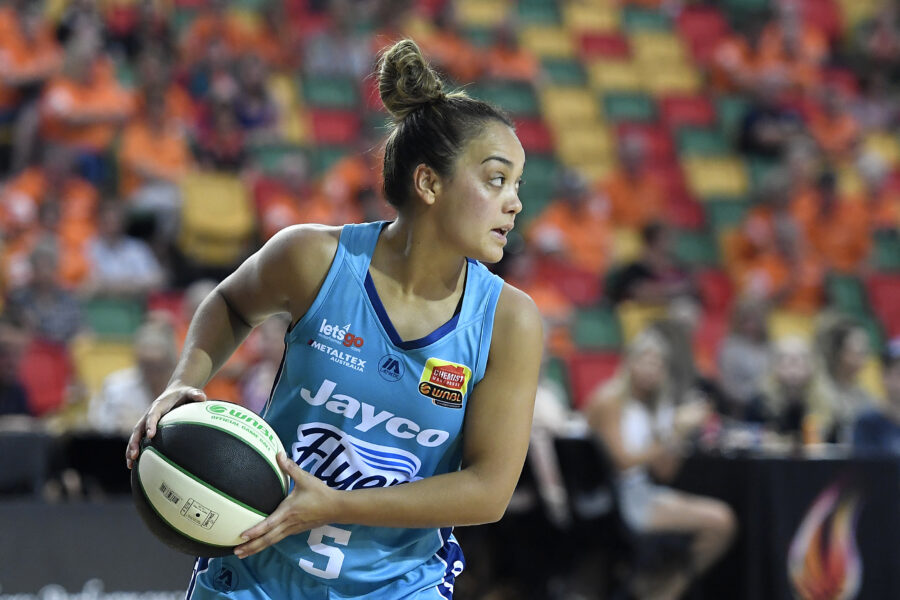 Statement time for Flyers and Fire

Leilani Mitchell struck her best form in the 2020 Chemist Warehouse WNBL last up but now she is excited to battle emerging guards Shyla Heal and Lauren Nicholson as both the Jayco Southside Flyers and JCU Townsville Fire look for a statement win in Cairns on Saturday.

Mitchell, the WNBA star fresh off another season with the Washington Mystics and Australian Opals regular, caught fire on Wednesday night going 6/8 from deep for 20 points in the Flyers’ 102-62 win over the Perth Lynx also at Cairns Pop-up Arena.

But it’s another test for her personally on Saturday as she’ll spend time up against Heal who is putting 15.9 points a game and Nicholson who is delivering 18.4 per match.

That’s a tantalising individual contest in the backcourt to look out for with Mitchell to receive help from Stephanie Blicavs, Bec Cole, Aimie Clydesdale, Amy O’Neill and Monique Conti.

But in the bigger picture, it’s a significant game for both teams who enter with identical 5-2 records with the winner having a chance to highlight their championship credentials while the loser will fall back into the race to hold onto a spot in the top four.

The Flyers did well in the previous meeting with the Fire back on November 19, winning 101-89 in Townsville, but plenty has happened in between setting the stage for a tantalising rematch.

Southside has won big since beating the Lynx by 46 points on Saturday and 40 on Wednesday, but in between lost the Grand Final rematch to the UC Capitals by 23.

Add that into their earlier loss this season to the Deakin Melbourne Boomers and the Flyers have so far this season shown they can blow away some of the younger teams, but come up short when fellow top teams turn up the heat.

Townsville will be desperate to throw everything at Southside too on Saturday which Mitchell is fully aware of, but she is confident of a strong Flyers performance.

“Townsville are really talented. Even though they are young they are very well coached and they’ve got Shyla who is a scorer,” Mitchell said.

“Lauren Nicholson is playing amazing right now and they’ve got Zitina (Aokuso) inside so they have a lot of talent too. But it’s just about playing together and between each game we don’t have a lot of practice time so we are trying to use the games to make sure we improve with each one.

“The playoffs are going to sneak up on us really quickly so we just have to continue to get better every single day. As long as we are slowly improving then we’ll be happy with that.”

Ultimately Liz Cambage was the major difference last time for the Flyers against the Fire with a monstrous 31 points, 14 rebounds, six blocks and four assists meaning Townsville will do all they can to avoid a similar performance from her.

But with Nicholson part of the exciting backcourt with Heal, the Fire have plenty for the Flyers to worry about too.

Nicholson can’t wait for a shot at redemption against Southside and to try and capitalise on their momentum from winning all three games since the loss to the Flyers.

“Last game Liz absolutely killed us in the paint so we have to do a better job on her first,” Nicholson said.

“We’ll go back to look at some tape this week and we have a few days off which is awesome so we can prepare. We’ll then come out and try to just to a better job this time against them on defence.”