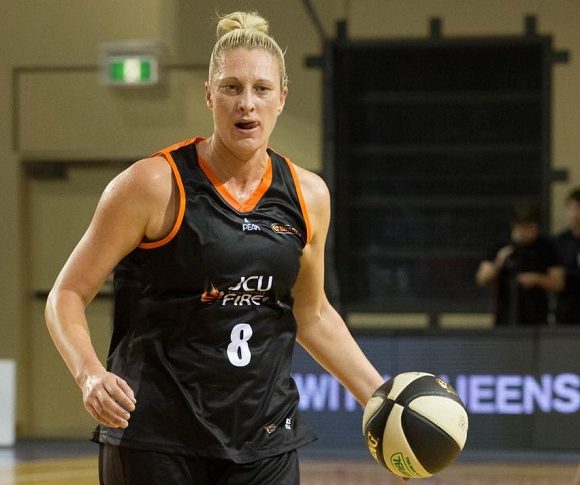 SUZY BATKOVIC IN THE RECORD BOOKS

JCU Townsville Fire’s Suzy Batkovic will become onlyÊthe 17th player in WNBL history to reach 300 games this weekend when her side visits the University of Canberra Capitals on Saturday night but that is just one of the many milestones that the superstar has recorded over her illustrious career.

BatkovicÊis one of the most decorated players of all time as a four-time Championship winner with the AIS (1999), Sydney (2001) and back-to-back titles in 2015 and 2016 with Townsville.

SheÊhas the chance this season to move past Lauren Jackson and into first place all-time with a fifth MVP award this season after collecting a personal three-peat from 2012-14 before backing up last season with a fourth honour.

OnÊthe games played list, Batkovic can move above Emily McInerny and into 16th place all-time if the Fire make the playoffs.

The three-game series format of the Semi-Finals and Grand Final will also benefitÊBatkovic if Townsville can go all the way this season. She currently sits equal fifth with 22 finals games played but could moveÊas high as equal-second alongside Rachael Sporn and Tracey Beatty by season’s end.

A dominant force under the ring since her debut, Batkovic is placed third all-time for points scored (4,893) and with a current average of 20.1 points per game, it will only take her another six games to move beyond second placed Shelley Sandie (5,204).

She will most likely need to play another two seasons to move into first-place and overtake Rachael Sporn’s record of 5,823 points though.

As she makes her way up that list, Batkovic’s position also grows on the field goals made list (third with 1,936) where she needs only 58 more makes to move past Sandie- a feat that is possible this season, especially ifÊTownsville reach the playoffs.

The star has also been prevalent from the charity stripe with 920 made free-throws, placing her sixth all-time but another 35 makes would move her into fourth.

Rebound-wise, Batkovic sits second (2,474) and trails Sporn by 755 which, based on her career average, will take around 93 more games to surpass.

She also sits fifth for offensive rebounds (704) and alongside current player Gabe Richards (706) has the chance to overtake third-placed Lucille Bailie (737) while she is also placed third for defensive rebounds (1,770), 73 short of Jenny Whittle’s tally of 1,842.

Also at the defensiveÊend of the floor, Batkovic is placed 18th for steals (372) and fourth for blocks (390) with another 55 rejections enough to move her past Beatty and into second spot.