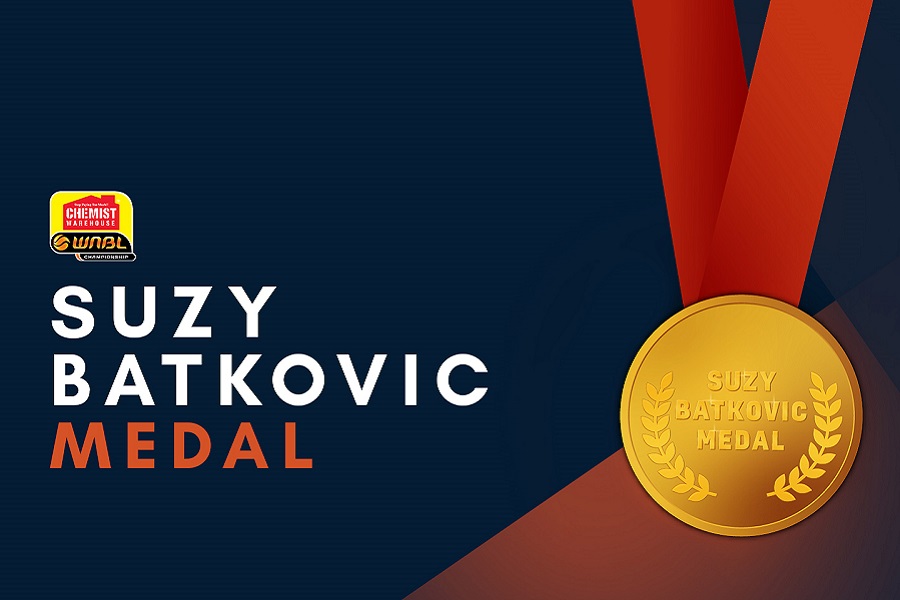 SUZY BATKOVIC MVP TO BE AWARDED FROM 2019/20 SEASON

To honour the most decorated player to ever grace the Chemist Warehouse WNBL, the league’s MVP award will be officially recognised as the Suzy Batkovic Medal from season 2019/20.

Having retired this season after 16 years in the competition, Batkovic finished as the all-time leader in MVP awards with a total of six.

While no other player in the history of the WNBL has won three consecutive MVP’s, Batkovic achieved the feat twice between 2012-2014 and 2016-18.

Batkovic was also a seven-time All-Star between 2010-2018 and retired as the WNBL’s all-time leading scorer, having won the Top Shooter award on four occasions.

In addition, the star centre was the leading rebounder for the league in four seasons, finishing second all-time for boards as well as third all-time for blocks and equal-tenth for steals.

“The WNBL is undoubtedly one of the world’s best women’s basketball leagues. Our globally elite athletes are exceptional and I want to see them front and centre in the Australian sporting landscape,” said Head of Chemist Warehouse WNBL, Sally Phillips.

“One athlete who has been front and centre of Australian women’s basketball for over 20 years is Suzy Batkovic and I am thrilled to announce this honour and due recognition for one of this country’s all-time greats.”