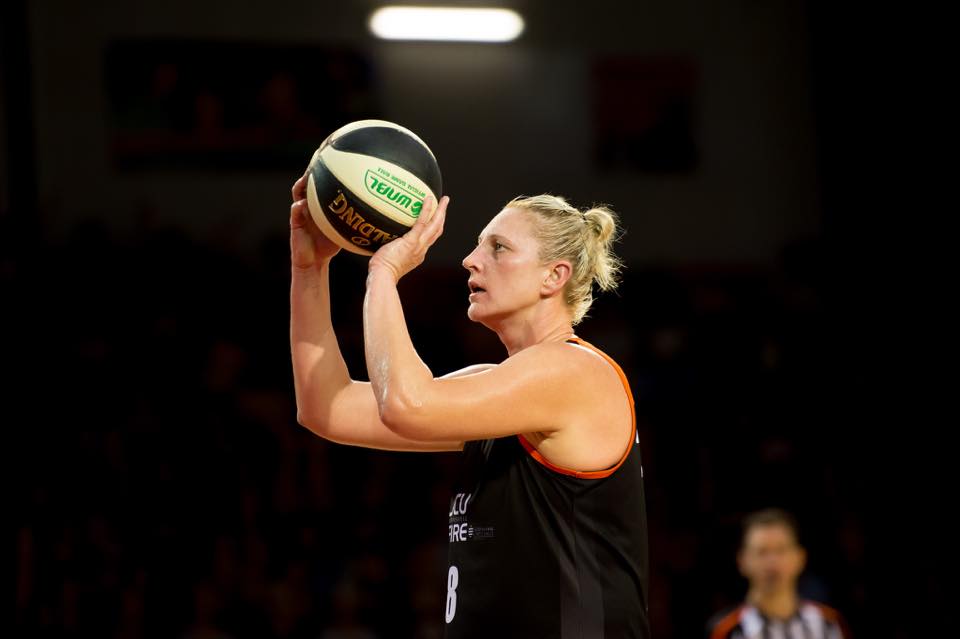 Suzy Batkovic of the JCU Townsville Fire has been honoured with her fifth WNBL Most Valuable Player award in 2016/17, making her the most decorated player in the league’s history in terms of the coveted award.

Coaches and referees name a 3-2-1 vote at the conclusion of every game throughout the regular season with those ballots then totaled to find the MVP.

It is Batkovic’s second consecutive MVP award and her fifth in the past six seasons, having won two as a member of the Adelaide Lightning (2012, 13) and now three with Townsville (2014, 16, 17), surpassing Lauren Jackson’s previous record of four.

“I’m extremely honoured to receive the award. You never go (into a season) thinking about it or trying to earn it, it’s just about playing consistently and doing what I can to help the team.”

SittingÊsecond for points and rebounds per game in the league at the end of the regular season, Batkovic averaged 21.3 points and 10.7 boards across 24 games, one of only two players to average a double-double for the season.

It was her highest point production since 2011/12 and the fifth season in which she finished with a double-double average whileÊthe centre led her team in total blocks (30) and finished second for steals (23).

She won three Player of the Week awards during the season (the most of any player) and was named in nine Team of the Week’s (second most) while also being named the December Player of the Month.

It was during that time that Batkovic led Townsville’s charge up the ladder and into a playoff position as she averaged a double-double of 23.8 points, 14 rebounds withÊthree assists across four consecutive victories.

The Fire then finished the regular season winning nine of their last 12 games, with Batkovic leading from the front as Townsville’s captain, reaching the post-season for a sixth straight year before they fell in the Semi-Finals.

“There were positives to take out of the season as well as some negatives [but] with a new coach and a pretty new team I thought we learnt a lot and now we have to build and keep working,” Batkovic said.

“This club is so professional on and off the floor and everyone is on the same page which is huge. I know this club inside out so I have no doubt the Fire will come back next year stronger and chase finalsÊagain.”