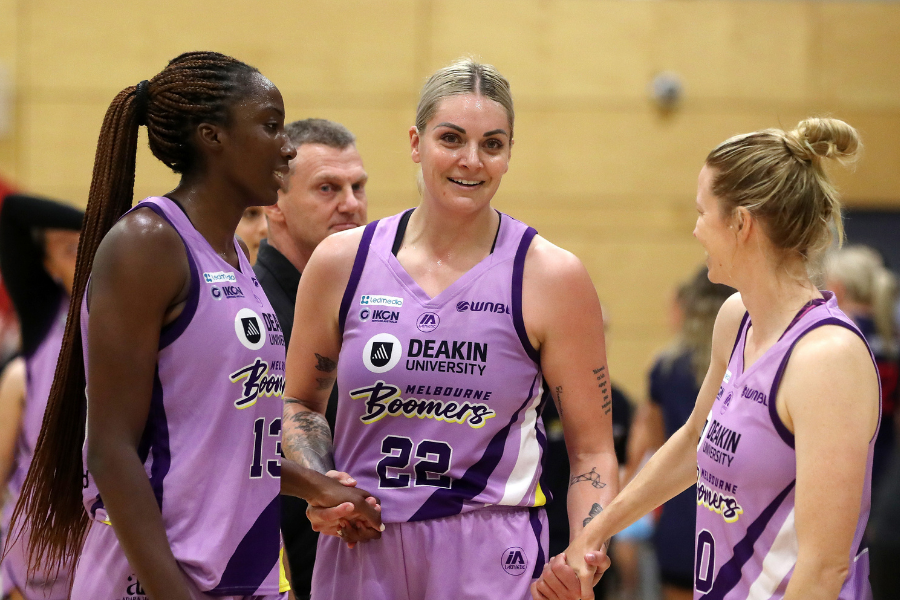 The Boomers bound for GF series after clean sweeping the semis.

MELBOURNE Boomers will contest their first WNBL Grand Final since 2017-18 after clean sweeping Adelaide Lighting in their semi-final series.

Coming off a thumping comeback win at home on Thursday night, the Boomers again fought back after trailing early to prevail, 61-49, in Adelaide on Saturday.

Melbourne will now return home ahead of having a home-court advantage in the best-of-three championship series which begins next Saturday at Parkville.

The Boomers will play either Perth Lynx or the UC Capitals with the sides going head-to-head in game 2 of their series in Canberra tomorrow.

Boomers guard Tess Madgen, who is in her second stint at Melbourne under coach Guy Molloy, was elated and emotional after her team won through to the deciding series.

“We played two nights ago so hopefully we can get some recovery because this old body is feeling a bit sore tonight. Guy has had us very well prepared every game day, we know exactly what we need to do.

Adelaide and Alanna Smith, who finished with a game-high 24 points, got out to an early lead on their home court at The Lights to hold a 16-12 buffer at quarter time.

But the Boomers through in-form import Lindsay Allen (15 points, 3 rebounds, 3 assists), influential Ezi Magbegor (12 rebounds, 10 points) and the clutch Tiffany Mitchell (12 points, 9 rebounds) would level scores then take a four-point lead, at both half time and three-quarter time, and maintain their ascendancy for the rest of the contest.

Ball handling proved costly for Adelaide who had 17 turnovers to Melbourne’s 9.

Smith fell a board short of a huge double-double, captain Steph Talbot (12 points, 12 rebounds, 8 assists) came close to a triple-double with Marena Whittle adding seven points from the bench.