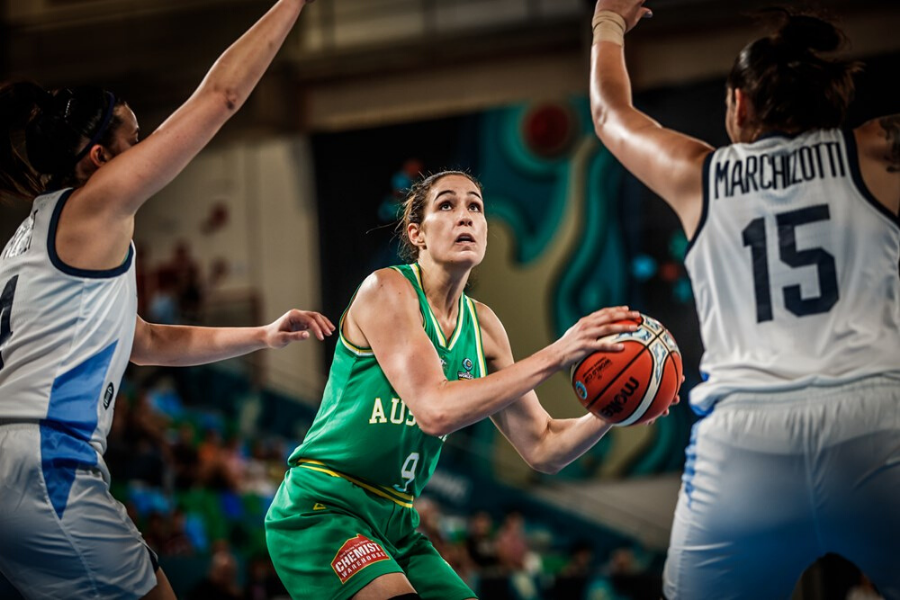 The Podcast Snack with Bec Allen

The New Year is here and 2020 means one thing – the Olympics!

With the Chemist Warehouse Opals headed to France next month to continue their path through FIBA’s Qualifying tournament ahead of Tokyo, excitement is building around Sandy Brondello’s squad.

The 27-year-old was home in Melbourne for Christmas on a short break from playing in the Polish league and told The Chemist Warehouse WNBL Show that playing for Australia is always a career-highlight.

“It’s one of those amazing things putting on the green and gold. Also, for me, singing the national anthem (is a highlight). I’ve been playing overseas for a while, so I don’t tend to hear it that often so when I do it’s become quite an emotional thing for me which I think is actually lovely.

“When you wear the green and gold you’re representing your country, yourself and your family so I think all of those things put together is something you can be extraordinarily proud of.”

The athletic forward has represented her country at World, Oceania and Asia Cup tournaments but Olympic selection, and the chance to be part of the Chemist Warehouse Opals bid for a history-making gold medal, would be full of meaning and emotion.

“Going to an Olympics, especially after missing out in 2016, the first time I was part of the Opals, it would make it that much sweeter. I think maybe everything goes in the direction it’s supposed to, to end up at this point here,’’ Allen said.