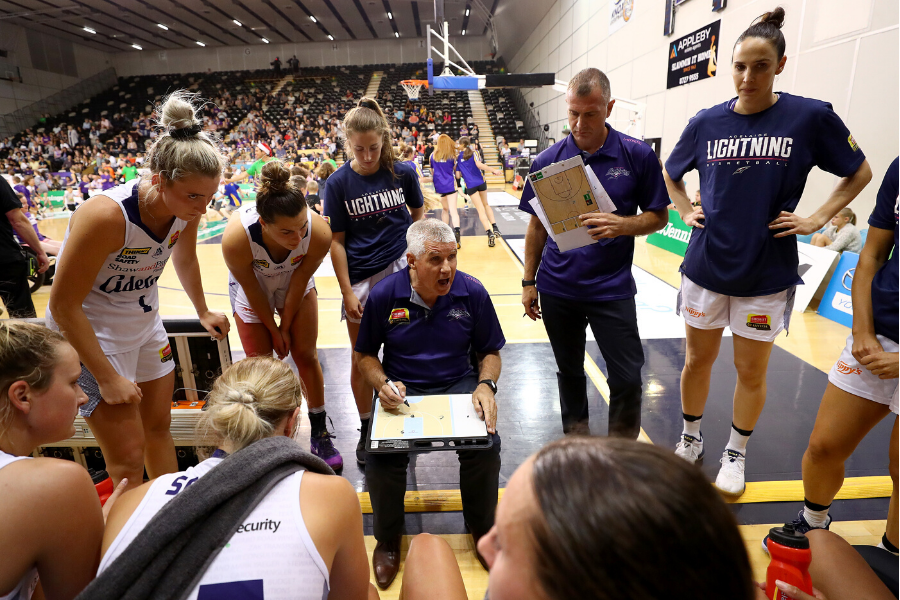 The Podcast Snack with Chris Lucas

Adelaide Lightning coach Chris Lucas has heaped praise on his Captain and floor general after a sensational performance in Round 12.

Nicole Seekamp set a WNBL record on Sunday when she dished out 20 assists during the Lightning’s defining win over ladder-leader Southside Flyers. She also scored 10 points and collected 7 boards. Just 48 hours earlier, she had 8 assists, 7 rebounds and 6 points as her side beat Townsville.

“We take risks, so there’ll be turnovers with that style we play but I thought she was outstanding on Sunday, she really led the team, controlled the tempo and our turnover was the lowest it’s been all season. We have a target of 12 and we had 11.

“I’m really pleased for Nicole, she’s hit form at the right time. She had an outstanding game but so did the team.”

“Nicole’s a competitor, don’t you worry about that. She gets grumpy every now and then but what she’s got is a great ability to have composure around the group and not show her frustration.

“Even at practice she shows terrific leadership and direction on the floor and she has a great ability to pick people up when they’re a little bit down and looks after her team mates really well.”