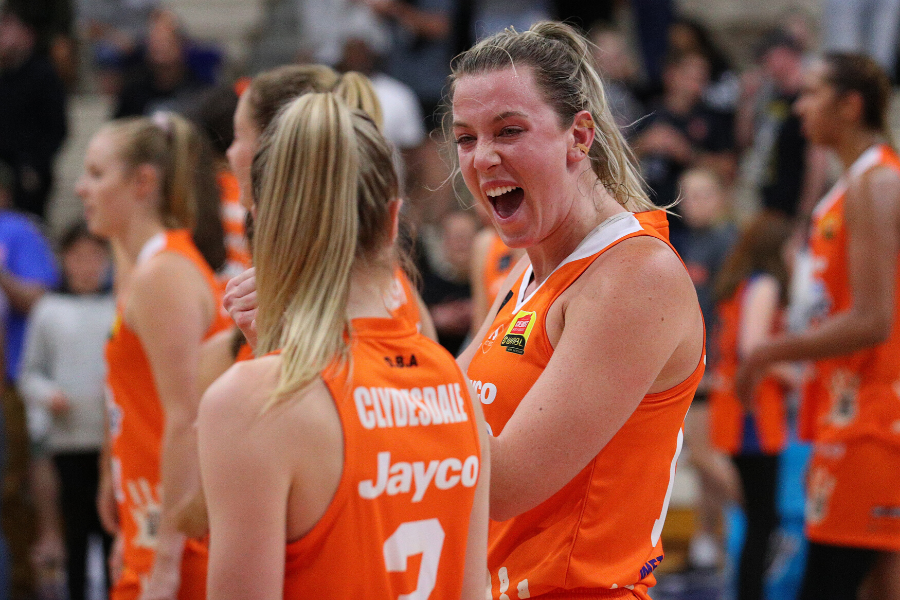 The Podcast Snack with Sara Blicavs

The teams have been decided and preparations are in full swing for the #WNBL20 Grand Final Series which tips off on Sunday between the Southside Flyers and the UC Capitals.

Flyer Sara Blicavs and Kelsey Griffin from the Caps appeared on this week’s Chemist Warehouse WNBL Show ahead of the best-of-three-series.

On Wednesday night, the Caps defeated the Melbourne Boomers, taking the semi-final series 2-0, to earn their spot in the decider.

Griffin says although Canberra are reigning champions their team, and campaign, has been different this season.

“It’s funny if you look at the split I think we’re almost better off with Southside having home-court advantage because we’ve beaten them twice at home and they definitely took care of business when they played us in Canberra.

“I think it’ll be a great, high-quality series, it should be really fun for spectators to watch. I’m really excited to be a part of it. This season was certainly a rollercoaster for us. We knew it was about us gelling and finding chemistry with the turnover we had (after last season) and I’m just so proud of the girls for sticking it out, buying in, listening and making it.”

Blicavs and the Flyers booked their spot in the decider with a 2-0 series sweep over the Lightning, winning game 2 in Adelaide on Saturday night.

“Credit to Adelaide they had a great season, they were always going to be tough. I’m super thankful to our Flyers team for getting us over the line in two games so we could sit back and relax while the other two teams battled it out in their semi-finals,’’ she said.

“The Caps have played that extra game – so could they be more ready to play? We don’t know. It’s been nice for us to have a refresh but we’ve still been training all week. It’ll come down to whoever starts the hardest on Sunday, I feel. We both match up super well and it’s going to be close.”