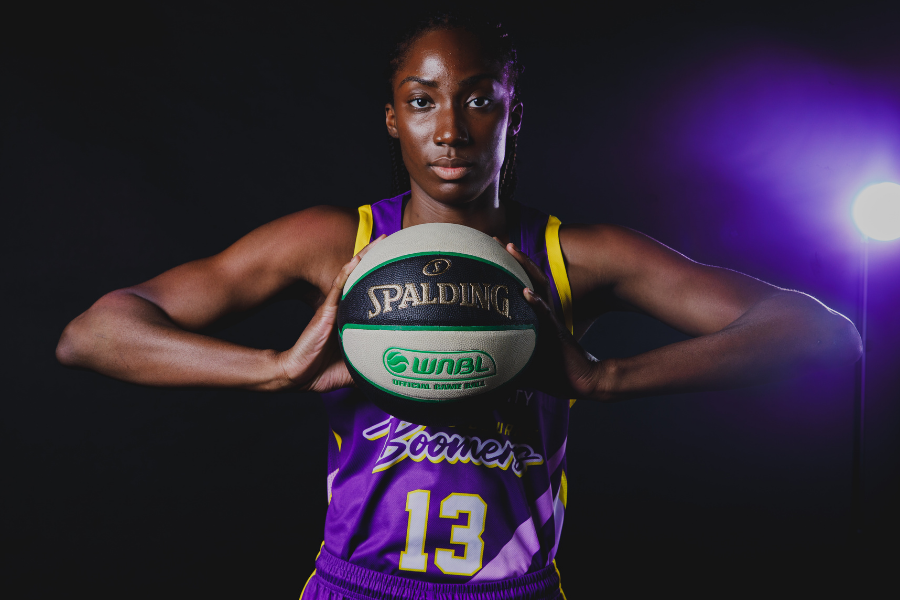 If round one gave us a taste of what’s to come this season, then round two is set to be even sweeter.

The Melbourne Boomers will open their 21/22 campaign tonight against the Bendigo Spirit before the Adelaide Lightning and Townsville Fire launch their seasons this Saturday afternoon. The Melbourne derby will be one to watch this Saturday night and the UC Capitals will host the Sydney Uni Flames for a re-match of round one’s dramatic clash.

The Spirit challenged the Southside Flyers in round one and will need to bring the same level of aggression on the court to take it to the Boomers who only missed the 2020 grand final by a heartbreaking three points. The Boomers’ will have their sights on redemption and have bolstered their lineup with WNBA import, Tiffany Mitchell who will look to make an instant impact in her debut.

Ezi Magbegor has swapped out the Seattle Storm green for the Boomers purple once again and Lindsay Allen also returns after playing for the Indiana Fever in the WNBA this year.

Note: It’ll be a clash of Australian Opals on the court, as Magbegor, Tess Madgen and Cayla George will line up against the Spirit’s Tessa Lavey and Leilani Mitchell.

Both the Lightning and the Fire have been itching to hit the court and after a round one bye, these arch-rivals will go head-to-head this weekend.

Adelaide will finally unveil Alanna Smith after injury kept her on the sidelines for the entire 2020 hub season. Smith’s highly anticipated WNBL debut will attract plenty of attention after coming off the WNBA finals series with the Phoenix Mercury. Smith is set to reunite with fellow Opal, Steph Talbot along with college teammate Kiana Williams who will lineup for the Lightning for the first time.

FIBA Asia Cup bronze medallists, Loz Nicholson and Zitina Aokuso will look to bring that offseason momentum to the court for the Fire, while Nicholson will lead the 2020 grand finalists alongside Mia Murray as co-captains for the first time. The Fire will be roaring to bounce back after falling ever so short against the Southside Flyers in the 2020 championship game, and have recruited WNBA import Sug Sutton, adding extra heat to their lineup.

Note: A fiery battle is on the cards as Townsville will look to back up their 2020 form and the Lightning will be determined work their way back up the ladder this season.

A feature of the WNBL calendar, the Melbourne derby will see the Boomers and the Flyers face off in a prime-time Saturday night clash.  The Boomers will hope to execute an initial win over the Spirit tonight and carry that momentum to the game as the Flyers come off a job well done in round one.

It’ll be up to the Boomers’ defense to stop Flyers’ duo Sara Blicavs and Abby Bishop who will both look to follow up on their dominant round one performances.

Note: Keep an eye out for seasoned Boomer Cayla George who will hold the key to shutting down the Flyers offense.

The Caps snatched a come-from-behind victory from Sydney in round one, so the Flames will have extra motivation to claim their first win this Sunday. The second Froling sister showdown and Keely surely won’t want twin Alicia to go two in a row against her.

The Caps will hope for round one’s player of the week, Brittney Sykes to control the court once again and execute a perfect start to their season campaign.

Note: Sykes and Shyla Heal will go head-to-head for the second week in a row, an unexpected match up that will be fascinating to watch as the season plays on .