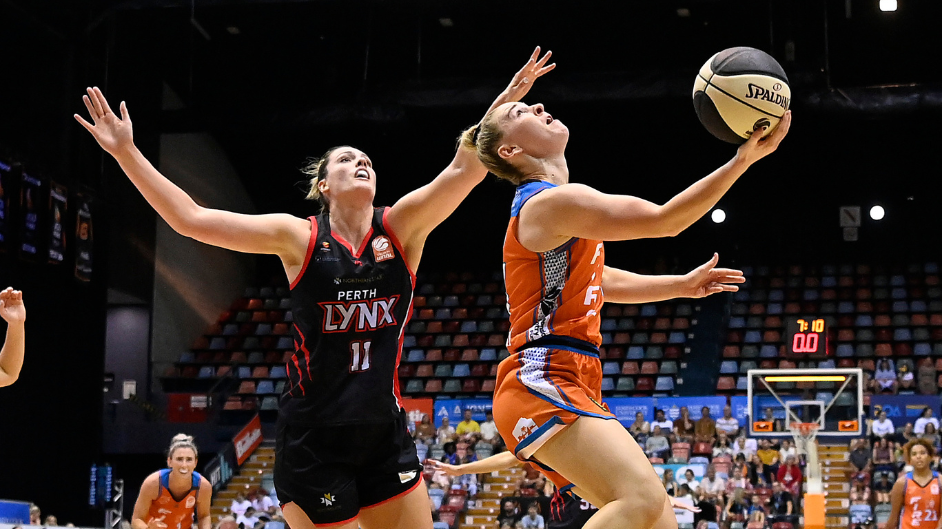 A new club record and some individual brilliance, here’s some of the many highlights from Round 6!

Bendigo Spirit have set a new club record for their best start to a season. The win over Sydney was their seventh win in a row, surpassing their previous record of six in their championship winning 2012/13 season. Is this a sign of what’s to come for the Spirit this season?

After earning the Cygnett Player of the Round for Round 5, Kelsey Griffin has backed it up with yet another outstanding performance. Griffin was the top-scorer for the game, and finished on a double-double of 24 points, 11 rebounds. Not only leading her team to victory, but interacting with some young fans in the process.

Reid lights it up for the Fire

Steph Reid is the gift that keeps on giving for Townsville. Currently leading the league in average assists (7.4) and average steals (3) per game, is Reid on track to become the next Opals point guard? In the win against Perth, Reid stacked the stats sheet with 27 points, six rebounds, nine assists and four steals. The performance also gives her the nod as this week’s Cygnett Player of the Round.

Nyadiew Pouch will be one to watch out for in the future! The young guard played her best WNBL game yet in Southside’s win on the road against UC Capitals. Pouch was among the top scorers for the Flyers, along with Sara Blicavs and Kayla Thornton with 16 points each.

Miele Goodchild took her game to the next level in the Boomers’ win over Adelaide. With Tiffany Mitchell out with a wrist injury, Goodchild stepped up to the starting five, and delivered with 5/5 three-pointers and hit double digits (17 points) for the first time in her WNBL career.

Player of the Round