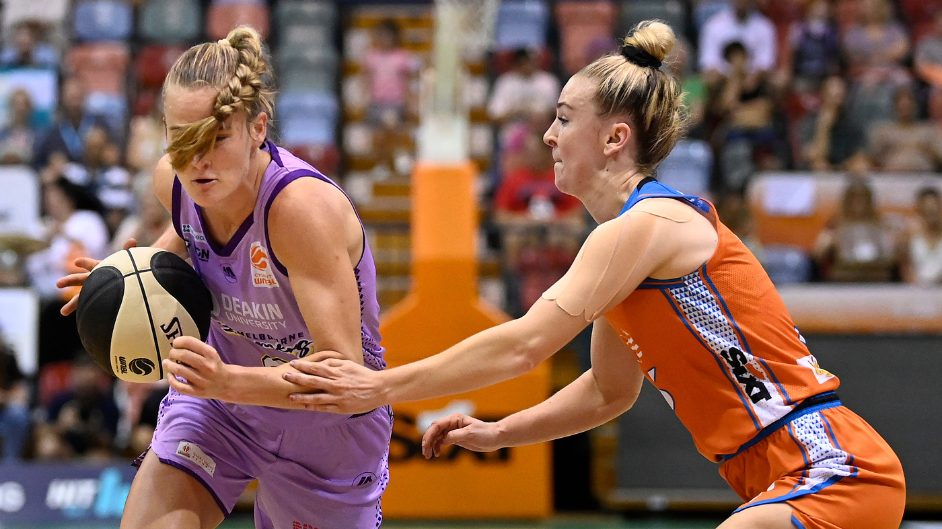 The final round of 2022 didn’t disappoint, capped off with a New Year’s Eve blockbuster to round out the year. Here’s the wrap-up of the biggest highlights of Round 8.

Sara Blicavs reached her 250th game milestone in Southside’s clash against UC Capitals in a Wednesday night basketball showdown. In front of a pumping home crowd at the State Basketball Centre, Blicavs was on fire, top scoring for Southside with 14 points.

Shaniece Swain has been a shining light for the winless UC Capitals this season. The young gun has been blossoming under the guidance of Coach, Kristin Veal. Swain dominated on the scoreboard for the Capitals in both games in Round 8, sinking 22 points against Southside and 21 points against the Flames.

After being served their first loss of the season in Round 7, Bendigo were hungry to bounce back with a win. Anneli Maley led from the front, scoring 19 points and a massive 24 rebounds, one off a 20-20 double double! Maley currently leads the league in average total rebounds with 12.1 per game.

A record crowd this season of 4,000 fans came to watch the Flames get their third win for the season. Shyla Heal and Keely Froling were unstoppable once again, Heal with 26 points and Froling with a double double of 21 points and 13 rebounds.

The Boomers stretched their winning streak out to eight in a row this round, topping Bendigo’s unbeaten run of seven. It was a great battle between Townsville and Melbourne, with Steph Reid and Kristy Wallace putting on a show of their own for the Townsville crowd, neither guard wanting to give an inch.

Tiffany Mitchell dominated once again with 22 points and five assists, leading the Boomers to their eighth consecutive victory.

Player of the Week

The reigning MVP makes another appearance as the @Cygnett Player of the Round 🔥🔥 #WeAreWNBL pic.twitter.com/dXI8s0PKyy