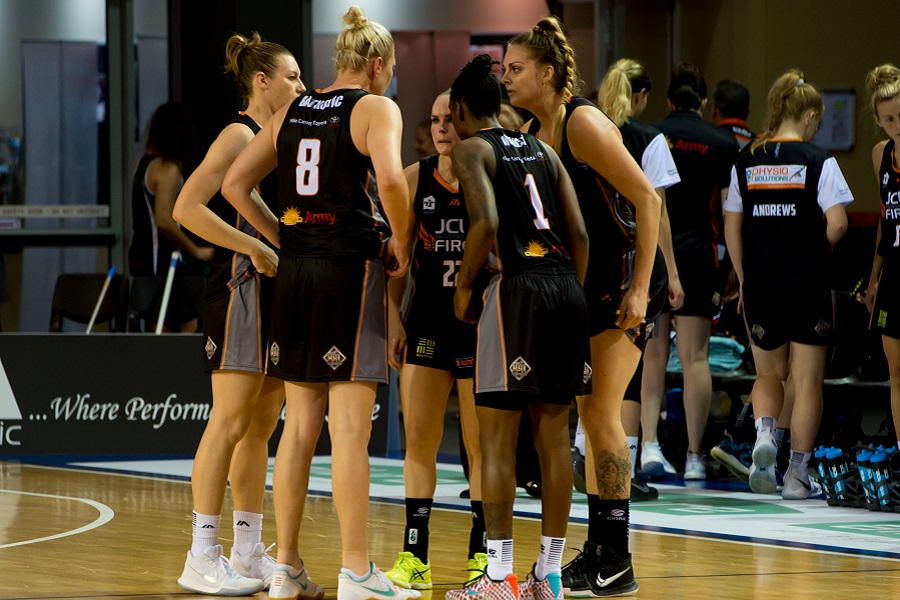 Reaching their fifth Grand Final over the past six seasons, the JCU Townsville Fire are in the midst of a dynasty and they can join the list of the greatest WNBL teams of all-time with success in the 2017/18 Grand Final series.

Only two teams in the history of the league have claimed three Championships in the space of four years, with the Adelaide Lightning achieving the feat in the mid-1990’s before the University of Canberra Capitals did it in the early and late-2000’s.

The Fire can now equal their efforts with a series win against the Deakin Melbourne Boomers and could lay claim to an even tougher run to the Championship as two of their titles will have come from best-of-three series.

“There have been some great dynasties in the WNBL with the likes of Adelaide and Canberra in more recent times, but having reached a fifth Grand Final in six seasons, the Fire deserves to be spoken about in the same reverence if we can clinch a third title.

“The sustained level of excellence – in a regional location – is truly special.”

The club’s first success came in 2014/15, 13 seasons after their debut in 2001/02, as they finished the regular season on top of the ladder before defeating Bendigo in the Semi-Final and Grand Final to hold aloft the trophy.

Townsville’s front court combination of Suzy Batkovic (22 points, 11 rebounds) and Cayla George (seven points, seven boards, five blocks) also proved influential and it is no coincidence that after George missed last season, her return to the club has coincided with another Grand Final appearance.

All three of those players as well as Micaela Cocks returned in 2015/16 with the WNBL switching to a best-of-three format for the Grand Finals.

Once again, the Fire paced the competition through the regular season but a 19-point defeat at home to Perth in the Semi-Final made their path to the title more difficult.

They recovered to beat the SEQ Stars the following week which set up a re-match against the Lynx for the Championship.

In Game 1, Townsville found themselves trailing by five points at three-quarter time but a stunning 28-7 fourth period turned their fortunes around.

Six days later, Townsville had the opportunity to clinch back-to-back Championships at home but after moving in front by eight points at half-time, surrendered the momentum to Perth with a 12-25 third period.

However, their fast finishes again came to the fore as George (13 points, three assists) scored eight points down to the stretch to help the Fire recover and win by ten points to clinch the 2015/16 Championship.

Garbin, the heir apparent to Batkovic and George in the front court, has grown into a serious threat this season alongside other up-and-comers like Mikhaela Donnelly and Zitina Aokuso.

They, as well as second-year coach Claudia Brassard, will be aiming to maintain Townsville’s recent dominance on the competition when this season’s Grand Final series tips off on Saturday night.