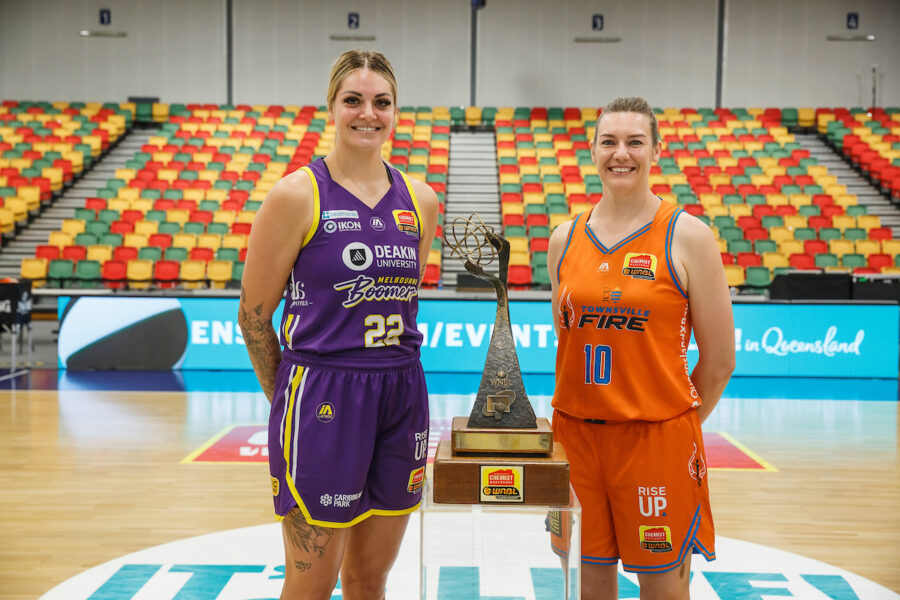 Townsville ready to fire from start against Melbourne

The Fire surprised plenty of pundits by finishing second on the ladder, just behind competition favourites Jayco Southside Flyers and ahead of the fancied Boomers and two-time defending champions UC Capitals.

Riding on the back of exceptional play from star guards Shyla Heal and Lauren Nicholson, plenty of frontcourt hustle and excellent coaching form Shannon Seebohm. Townsville showed they had much more going for them than playing over half their games on their home court.

They won both their regular season games against the Boomers and must beat them again tonight to make their first grand final since 2017-18.

However, a pleasing campaign could grind to a halt at Townsville Stadium unless they start better at the defensive end than in their last two games.

The Boomers scored the first eight points against them last weekend and a red-hot Flyers side torched them for 41 in the first quarter of Wednesday’s semi-final.

“The girls understand the importance of this game coming up, we don’t have any more chances,” Seebohm said.

“We have to come out and get off to a good start and defensively especially knuckle down and get some early stops.

“If we’re able to do that we’ll settle into the game quickly and we’ll be able to give ourselves a chance to win.

The Fire are 6-3 on their home court this season. Despite the semi-final loss, Heal again showed why all the early season noise about her development this season was justified.

A 30-point haul against a backcourt containing seasoned Opals guard Leilani Mitchell provided further evidence of her ability to produce in big games.

“To be honest it’s not surprising,” Seebohm said. “We’ve known even before we signed her what she was capable of and that’s why she was somebody that we really wanted to add to our team this year.

“Her work ethic is second to none and I know she’s put a lot of time into her game. Before the season started, she made sure she was ready to play.

“It’s great that people are seeing her skill set and what she’s capable of, even against the toughest opponents in our league.”

Magbegor notched 20 points in both regular season matches and George double-doubled in each, pulling down 32 boards across those clashes.

“They are two of the most dominant players this season, so we know we need to come ready to guard them and be physical and keep them off the glass,” Seebohm said.