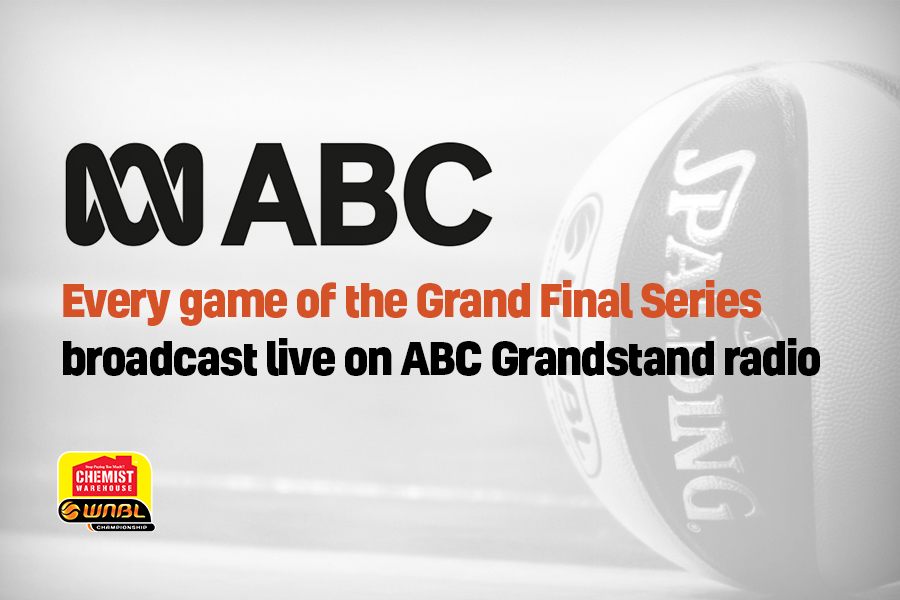 Chemist Warehouse WNBL fans will be able to follow all the action of the 2018/19 Grand Final series via ABC Grandstand radio.

The broadcast of the best-of-three series will be available on ABC Radio and Grandstand Digital in Canberra and South Australia, online at www.abc.net.au/grandstand or via the ABC Listen App on the Grandstand Extra Button.

“This is another fantastic development for the league ahead of the Grand Final series with fans now able to watch or listen to the games with ease,” said Head of the WNBL Chemist Warehouse, Sally Phillips.

“ABC Grandstand is thrilled to be broadcasting the 2019 finals series between two teams with such a long and proud history and our coverage will be available no matter where you are in Australia,” said Executive Producer Live Sport for ABC Grandstand, Tim Verrall.

For Game 1 of the Grand Final series this Saturday evening, three-time Championship player Kellie Abrams will provide expert commentary while five-time Champion and two-time MVP Rachael Sporn will join the broadcast for Game 2 in Adelaide on Wednesday night.

This news follows the announcement that the Grand Final series will be available to be streamed via Kayo, in addition to FOX SPORTS Australia’s television broadcast, with a 14-day free trial now on offer in time for the series.