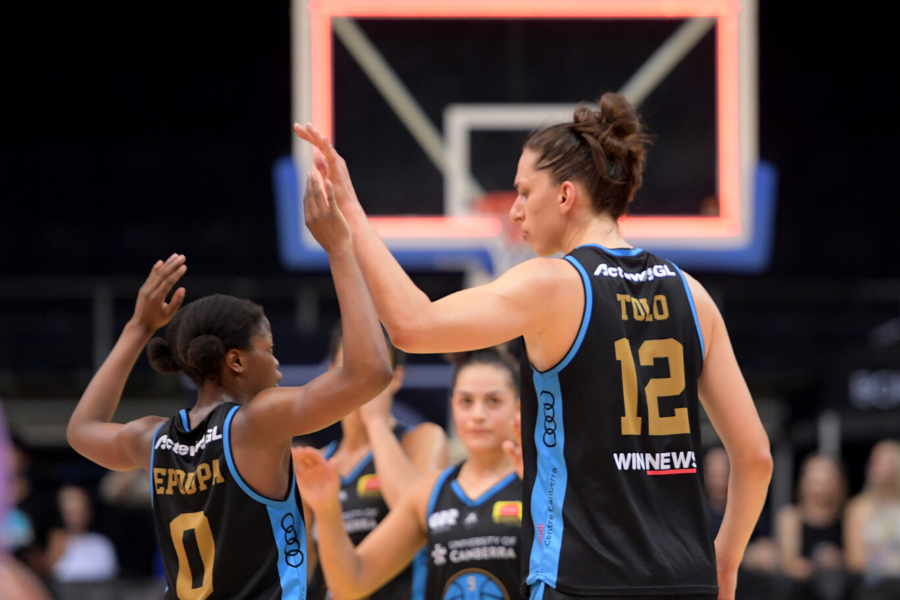 The UC Capitals will get the chance to defend their title at the #WNBL20 Chemist Warehouse Grand Final and potentially add an eighth WNBL Championship to their mantle after beating the Boomers in their best-of-three Semi Final series at AIS Arena tonight.

The Capitals simply had too many offensive weapons in a physical game they would lead from start to finish. Canberra shot over 50% in the first half, with Kia Nurse (12 points) and Kelsey Griffin (10 points) leading the offensive charge.

The Boomers finally got close early in the 4th quarter and would pull within two points at the 5:25 mark, before a clutch three from Olivia Epoupa would swing momentum back to Canberra as they padded the score in the final minutes.

Kelsey Griffin (19 points, 9 rebounds, 4 steals) and Mariana Tolo, who scored 16 of her total 20 points in the second half, were dominant inside the paint for the Capitals.

They were supported by another all-around performance from the lighting-quick French import Epoupa, who came close to a triple-double with 11 points, eight rebounds and nine assists.

The Capitals defence held Melbourne in check most of the game with a 21-12 turnover differential. Lindsay Allen, who was averaging 21 points per game in the series, was held to only nine points and no player other than Sophie Cunningham (14 points) had double figure scoring.

The Capitals will travel to Melbourne to face the number one seeded Jayco Southside Flyers, who will hold homecourt advantage in the best-of-three series.