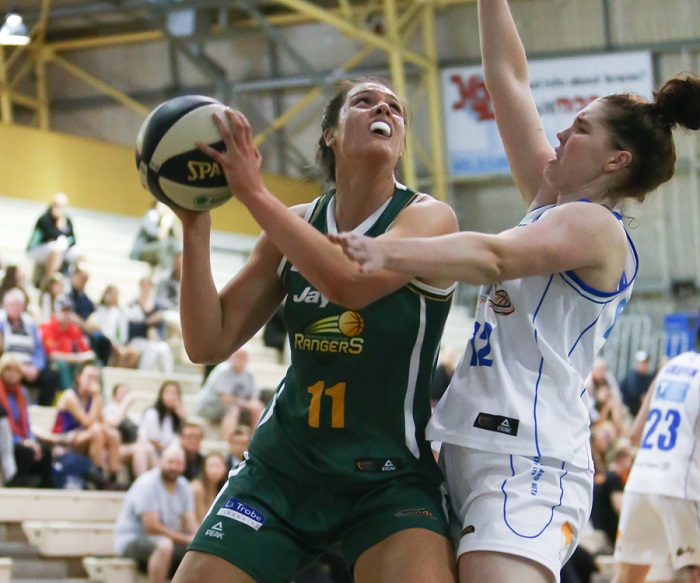 The University of Canberra Capitals are delighted to announce the signing of rising star Lauren Scherf for the 2017/18 WNBL season.

Scherf, who is regarded as a potential Australian Opal, has signed a two-year deal with the UC Capitals.

Scherf has played the past four seasons with the Dandenong Rangers. The 196cm forward spent six months at the Canberra-based Basketball AustraliaÕs Centre of Excellence in 2015 and said returning to the nationÕs capital was a straightforward decision.

ÒCanberra suits me. I have friends here and having Paul as my coach made it an easy decision to come back.Ó

ÒLauren is no doubt a future Australian Opal and we are delighted to welcome her to the UC Capitals family,Ó Goriss, who was recently appointed as an assistant coach with the Opals, said.

ÒShe knows she has the potential to be an Opal and a dominant force in the WNBL. She has enormous opportunity to play here and be our centrepiece for the next two seasons.

ÒWe are committed to helping her develop on and off the court and are looking forward to a successful season ahead.Ó

Scherf started her WNBL career in 2013 with Dandenong and was the WNBLÕs 2015 Rookie of the Year. She was a member of the Australian Gems team that won a bronze medal at both the 2013 and 2015 FIBA Under 19 World Championships.

Scherf also claimed gold in the Australian Youth Olympic Festival 3X3 tournament in 2013 and was part of the national team that finished fifth at the 2012 FIBA Under 17 World Championships.