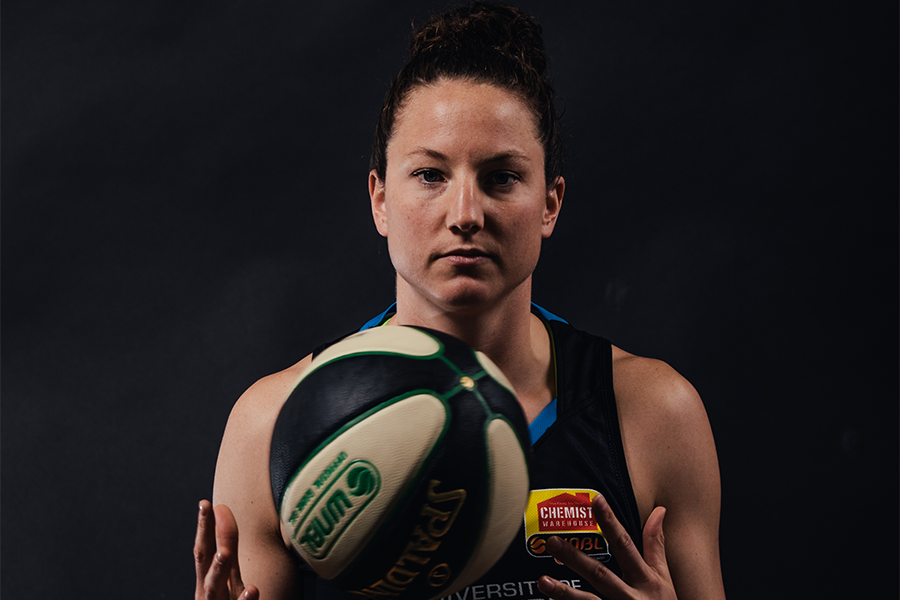 For the second consecutive week to start the 2018/19 season, the University of Canberra Capitals are represented in the Player of the Week award with Kelsey Griffin taking out the honour for Round 2.

Averaging a double-double of 22 points and 11 rebounds, Griffin led the Caps to victories over Melbourne and Adelaide and they now sit on top of the ladder with a 3-0 record.

On Friday night, the Caps headed to Geelong and opened up a 17-point advantage by half-time.

Griffin was well on her way to a double-double with ten points and eight rebounds by that stage and had gone on a personal 6-0 scoring run during the second term to help give the Caps a sizeable buffer.

The Boomers fought back to make it a five-point game down the stretch but Griffin hit three crucial free-throws in the last five minutes.

That helped stave off the comeback and secure a 72-65 victory as the Opal finished with 23 points, 14 rebounds, two assists and five steals.

Turnovers were an issue for Melbourne throughout the game and Griffin’s five steals were a game-high while also contributing four of the Caps’ 14 points off turnovers for the night.

Developing her three-point game over the past few seasons, the forward also nailed two from beyond the arc as she continues to be a weapon from all areas of the floor.

Backing up on Sunday, the Caps were locked in a tight battle against Adelaide and found themselves trailing by three points at three-quarter time.

Griffin was reasonably quiet up to that stage but immediately made a difference to start the final term, scoring seven of the team’s first nine points to tie things up with six minutes to go.

She recorded 11 points, three rebounds and an assist in the final quarter and with a four-point lead inside the final 30 seconds, Griffin was clutch from the free-throw line to help put the game beyond the Lightning’s reach as they prevailed 79-75.

Once again helping her team to victory, University of Canberra Capitals star Kelsey Griffin dominated and averaged 22 points and 11 rebounds across both games last weekend. The performance earned Griffin the round two PLAYER OF THE WEEK! Full story: https://bit.ly/2POr83P #WNBL19