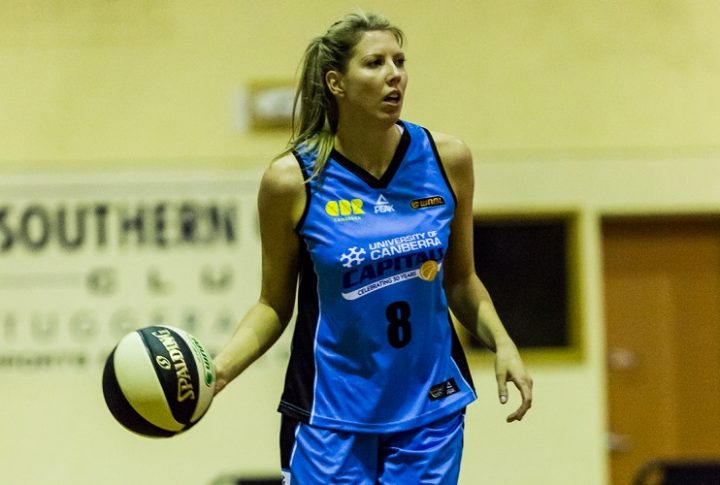 After a stellar career spanning 17 seasons, University of Canberra Capitals star Carly Wilson has announced she will retire at the end of the 2016/17 WNBL season.

The veteran guard, who began her WNBL career at age 15 with the Dandenong Rangers in 1998, said the time feels right to hang up her boots and pack away her distinctive pink socks Ð which she has worn in every game for the past 14 seasons.

ÒItÕs a decision that has developed naturally,Ó Wilson said. ÒI think knowing the time is right and that I am going out on my own terms makes my retirement a lot easier to deal with.Ó

Wilson is currently playing in her eighth season with the University of Canberra Capitals having joined the club in 2009. She has also played for the AIS, Perth Lynx and French team Challes-les-Eaux.

Reflecting on her career, Wilson said winning three WNBL titles Ð including one with Canberra in 2009/10 Ð and a Commonwealth Games gold medal in 2006 were among the highlights.

The 34-year-old fan favourite hasnÕt given up hope of a fourth WNBL championship, and says a second title with Canberra would be a dream come true.

ÒThe league is so even this year which is fantastic,Ó she said. ÒOnly a game or two separates second from sixth on the ladder so every game is crucial.

ÒWhile I wanted the team to know of my decision now, we have a job to do and need to focus on our remaining games and making the finals.Ó

ÒHer longevity in the WNBL is testament to her professionalism, character and basketball skill which has helped her stay at the top of her game for so many years,Ó Goriss said

ÒShe stands out as one of the all-time greats to pull on a UC Capitals uniform. I am very fortunate to have Carly as a friend, a player and a captain. IÕm looking forward to celebrating the final games of her career with her.

ÒShe will be sorely missed at the UC Capitals and I hope we can continue to have her involved with the club in some capacity in the future.Ó

Wilson said she hoped to remain involved in basketball in a non-playing capacity.

ÒMoving into a coaching role feels like a logical step for me, but at the moment I am looking forward to having a break and having weekends off,Ó she said.