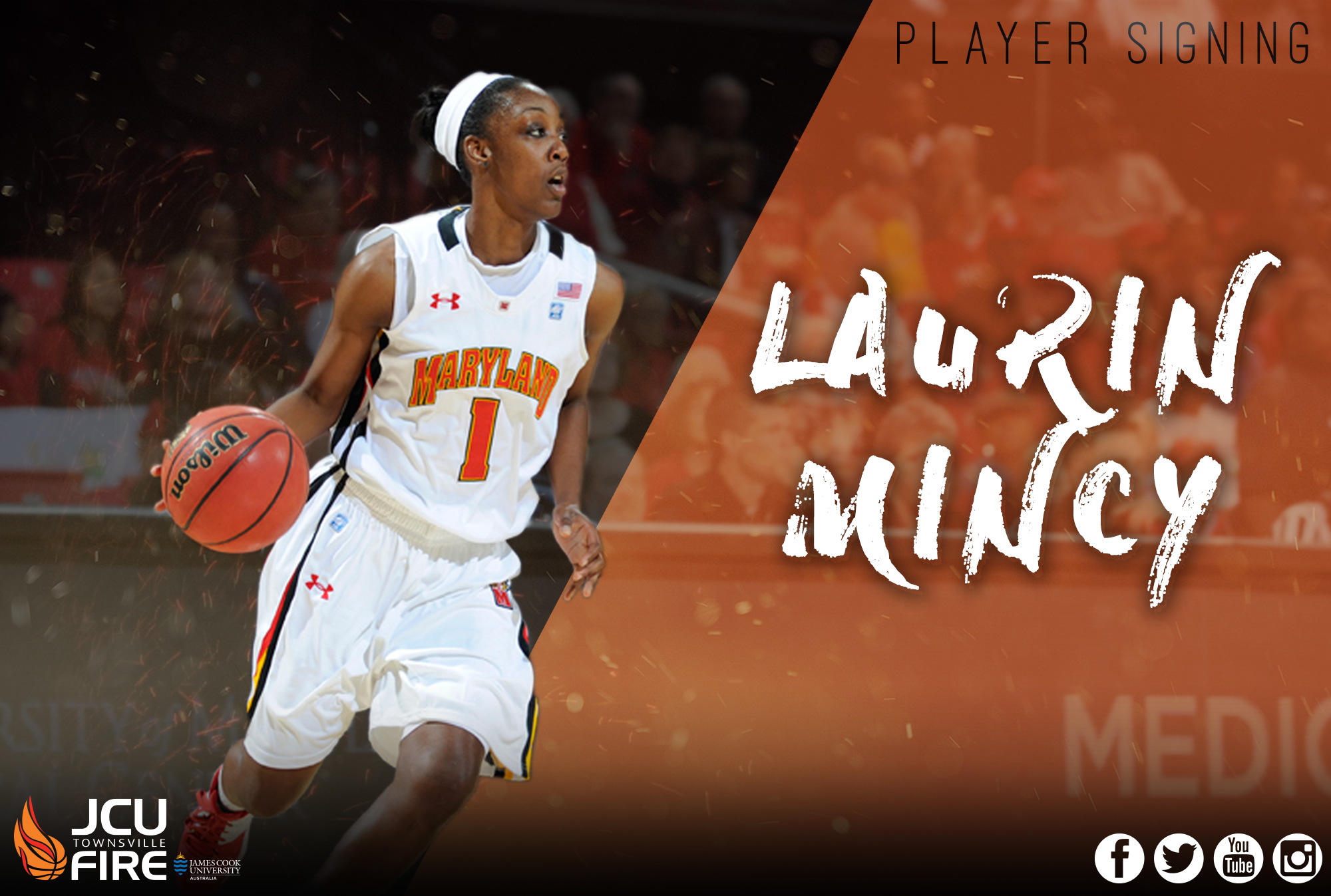 On the eve of pre-season, the Fire have added a second import to their star-studded roster, with Mincy poised to connect with the club at the end of the month.

Become a member of the JCU Townsville Fire.

A third round selection by New York in the 2015 WNBA draft, the six-foot guard has spent two years playing abroad in Israel, averaging 15.9 points, 4.3 rebounds and 3.3 assists during her debut campaign with Ramat Hasharon.

Mincy was signed by Seattle in 2016 before being waived by the Storm.

ÒI am really excited to be joining the Fire this season,Ó Mincy said.

ÒThe WNBL is a very competitive league and I am sure weÕll get every teamÕs best every single game.

ÒI am looking forward to bringing the trophy back to Townsville.Ó

An All-American at high school, Mincy enjoyed a decorated college career at Maryland as she led the Terps to two final four appearances before turning professional.

Renowned for being a defensive stopper, the 25-year-old averaged a team-best 13.5 points, 4.0 rebounds and 3.4 assists in her senior campaign.

Head coach Claudia Brassard said MincyÕs athleticism and defensive prowess Ð especially on the perimeter Ð was what put her on the FireÕs radar.

ÒWe believe Laurin will do a great job complementing our roster,Ó Brassard said.

ÒSheÕs an athletic guard, who can create her own shot off the dribble and is great in transition.

ÒIÕm sure the Fire faithful will be excited by what they see.Ó

The Fire will commence their pre-season campaign at the end of the month before an opening round blockbuster against Melbourne to commence the 2017/18 WNBL season.