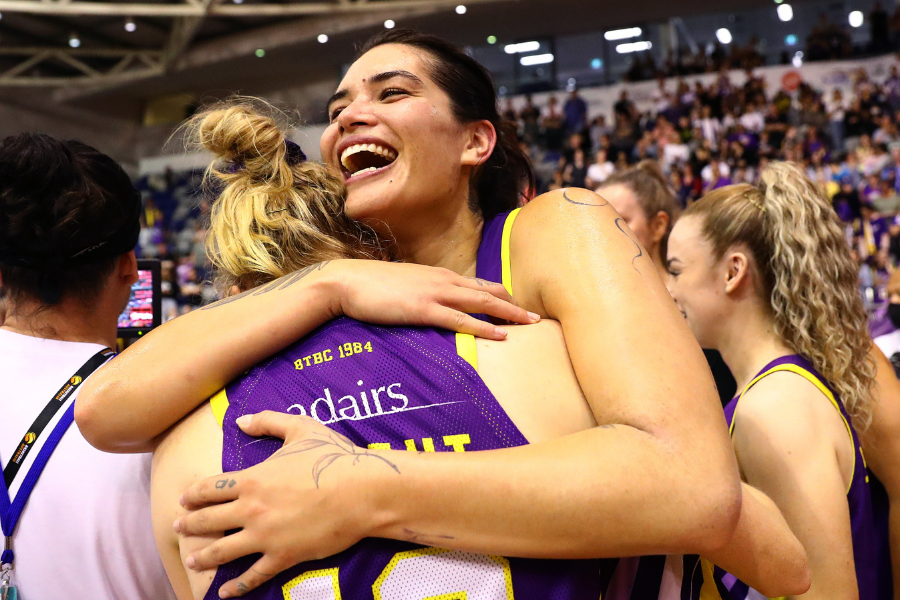 The Melbourne Boomers’ Penina Davidson has taken out both the 2021 Female Player of the Year and the Most Valuable Player award for the second year in a row at the Basketball New Zealand awards, last weekend.

The New Zealand Tall Fern was awarded for her outstanding 2021 FIBA Asia Cup campaign in Jordan last October, where she led the Ferns in scoring and rebounding, averaging 15.4 points and eight rebounds per game.

This series also saw her become the highest Asia Cup scorer in a single game for NZ. Tallying up 26 points against Chinese Taipei, Davidson surpassed Jillian Harmon’s 23-point game in 2017. In the same series, she also recorded the eighth international double-double of her career, now only sitting behind Kalani Purcell on the statistic leader board.

Humbled by her awards, the 53 time international gamer only had her peers to thank and continues to put her focus on the team.

“The past two years were so hard given the covid situation, so I’m extremely grateful for my teammates, coaches and basketball NZ for pushing forward and allowing us to continue our goal for a top-four spot,” Davidson told WNBL Media.

After four WNBL seasons and now with a 2021-22 Melbourne Boomers’ Championship under her belt, Davidson will reunite with coach Guy Molloy on the international stage, as he departs Melbourne and heads next door to New Zealand to coach their national team.