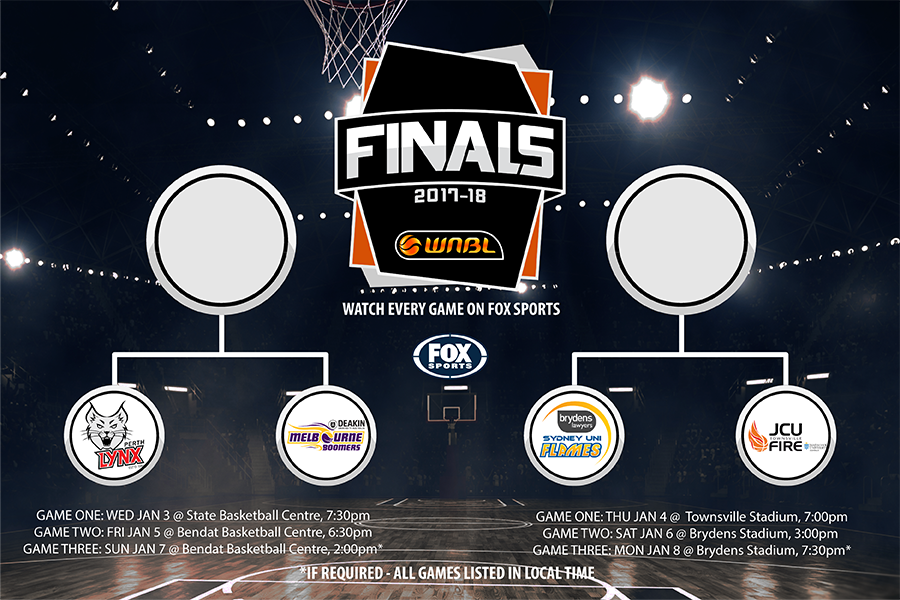 The 2017- 18 finals are set with the two best of three semi-final series tipping off on January 3rd, the winners progressing onto the Grand Final commencing January 13th.

With six semi-finals games spread over four states and six days, the action is set to be world class with super star talent battling it out for the 2017-18 Championship.

Going down to the wire, the Brydens Sydney Uni Flames were able to secure the home court advantage in the final game of the regular season. The semi final two match up will see the Flames travel to Townsville to play JCU Townsville Fire before returning home for the final two games in the best of three series, starting January 4th.

Semi Final One will consist of Perth Lynx and the Deakin Melbourne Boomers, with Perth securing that home court advantage thanks to a record 14 game winning streak. The teams will start their series in Melbourne, tipping off on Wednesday January 3rd at 7:30pm AEDT at the State Basketball Centre in the new AWAY, HOME, HOME finals structure. The best of three series will then move to Perth as they battle for a shot at the Championship.