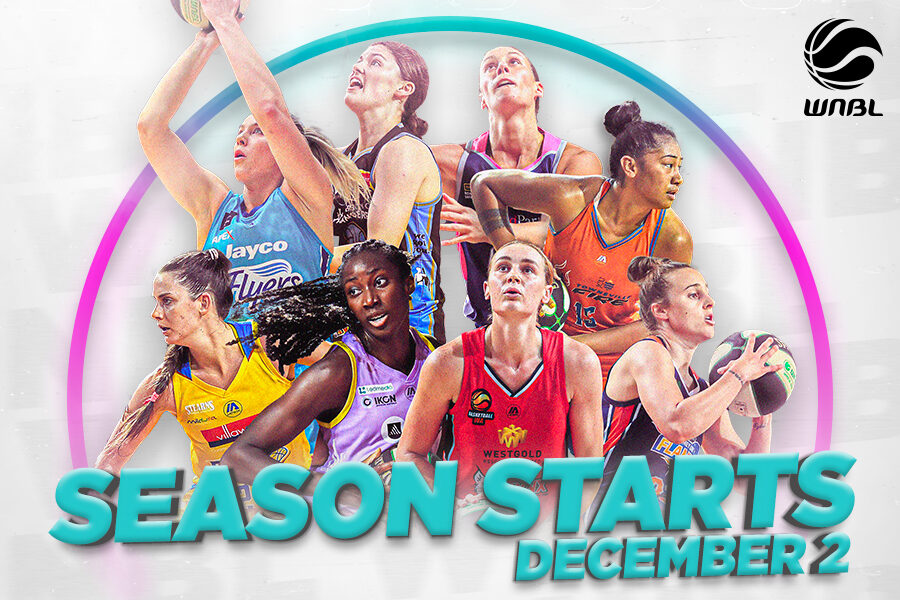 The Women’s National Basketball League (WNBL) 2021/22 season will tip off on Thursday, December 2, showcasing a wealth of quality Australian and International talent.

A deal penned with Foxtel, Kayo and ABC will ensure fans won’t miss any of the action with EVERY game being broadcast across the season. Both Fox Sports and ABC will feature a game of the round LIVE each week in the premium 5pm Saturday slot.

All 84 regular season games and finals will be broadcast LIVE on Kayo meaning fans have all their WNBL action available in one place.  In addition, up to two games per week will be broadcast LIVE on Kayo Freebies and one game per week on Kayo YouTube, ensuring accessibility for all viewers. The Foxtel Group has the largest audience of sports fans in Australia with over 2.4m households watching sport on Foxtel and Kayo.

The appetite from fans to watch and play basketball has never been higher with the WNBL coming off a record breaking 2020 Hub season.

The ABC has been a long time supporter of the WNBL and will broadcast one game LIVE each week on the main channel and IVIEW further increasing the reach of audience. The ABC will also provide comprehensive editorial coverage across their TV, radio and digital platforms.

Matt Scriven CEO Basketball Australia said “this broadcast deal is a win for the fans who are at the heart of every decision we make. The fans wanted live games in the premium Saturday 5pm timeslot and this will be available on Fox Sports and ABC. The quality of the competition at the WNBL is world class, Foxtel, Kayo and ABC have the combined audiences to ensure the games can be watched in every household. The WNBL showcases the best talent in the country, and this broadcast deal ensures all the fans will have access to quality coverage throughout the season.”

Rebecca McCloy, Foxtel Group Commercial Director-Sports, said “We have a rich history with the WNBL and over the years have seen the league, players, coaches, clubs and national participation in the sport go from strength to strength.”

“We are pleased to continue our partnership with the WNBL and between Foxtel and Kayo will be showcasing every game of the WNBL this season Live to the 2.4 million households now watching sport on our platforms, providing the largest audience of sports fans in the country. In addition, we’ll be taking the reach of WNBL even further, streaming up to two games from every round Live on Kayo Freebies, unlocking even more opportunities to grow women’s basketball in Australia”.

ABC’s Director of Regional & Local, Judith Whelan said: “The ABC is once again delighted to be the home of women’s basketball on free-to-air television and to be once again working with Basketball Australia to give audiences access to this premium sports content. The WNBL has a deep relationship with ABC audiences, and we look forward to bringing them a live match each Saturday at 5.00pm over summer.”

The stakes have never been higher for Women’s basketball with a World Cup in Sydney next year and an Olympics in Paris only 3 years away.   Basketball Australia’s commitment to the Women and Girls strategy will ensure girls have more opportunities in our sport than ever before, ensuring the champions of the future have a pathway from grassroots into the WNBL.

Lauren Jackson AO OLY Head of Women in Basketball said “the Women and Girls strategy is a key pillar of our business, the WNBL is a priority as we strive to deliver world class opportunities to women and young girls across playing, coaching, officiating and administrating our sport. Women’s basketball continues to grow each year with interest at an all-time high and more people playing our sport than ever before.  We want more girls playing basketball and having global role models playing in a competition on home soil is the key.  As we head towards a FIBA Women’s Basketball World Cup in Sydney next year, the WNBL will continue to grow and showcase the best talent in the country.”

The WNBL continues to be a family affair with twins Alicia Froling (University of Canberra Capitals) and Keely Froling (Sydney Uni Flames) to battle it out in the opening round.  Keely having moved to Sydney Uni Flames in the offseason, is coming off a sensational NBL1 season, having scored 52pts in one game.

After a dynamic season with Townsville Fire last year, promising youngster and future Opal Shyla Heal has returned home to play for the Sydney Uni Flames. The much-anticipated father/daughter duo of Shane and Shyla Heal is captivating the Flames’ fans.  Shane a four-time Olympian and Boomer great will lead the Sydney Uni Flames in his inaugural year as Head Coach with his daughter Shyla signing on to play. The Flames will play doubleheader games with the NBL Sydney Kings at Qudos Bank Arena, the venue for the upcoming FIBA Women’s Basketball World Cup, giving fans in Sydney the opportunity to witness the best basketball talent in one place.

The Deakin Melbourne Boomers have returned to the State Netball and Hockey Stadium for the upcoming season and will open their 21/22 WNBL campaign with a home game against country Victoria rivals, Villawood Bendigo Spirit.

Reigning champions Southside Flyers have been able to keep the nucleus of the team together, and they will unveil the Championship trophy won last year with a home game against cross town rivals Melbourne Boomers.

The full fixture will be released shortly.