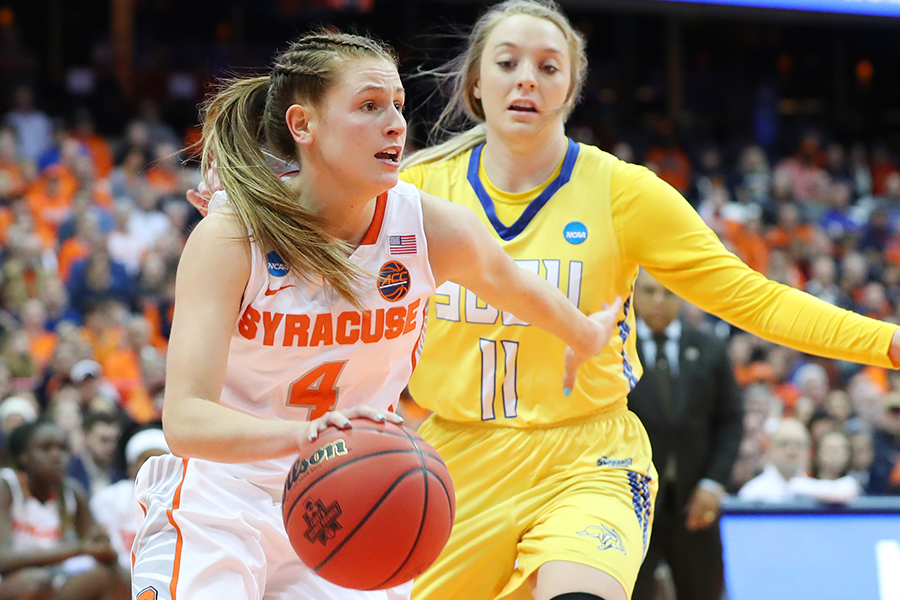 Four weeks into the WNBL free agency period, and there have been some key signings in the past fortnight.

Coming into the WNBL for the 22-23 season is the incredibly talented guard Tiana Mangakahia, who will play with the Sydney Flames for the next two seasons, partnering up with Opal Shyla Heal in the backcourt.

Mangakahia, originally from Queensland, had an exceptional US College career with Syracuse and is the ACC’s all-time leader in career assists per game. Following her college career she had a season in Russia with Dynamo Moscow, and is currently playing NBL1 North with Northside Wizards. An Australian representative junior, she made her debut for the Opals in 2021 at the Asia Cup, where they took away a bronze medal.

The Flames next announcement was young gun Emma Clarke, who has made the switch from the Perth Lynx, where she spent the last two WNBL seasons, over to Sydney. Like Mangakahia, Clarke has signed a two-year deal with Sydney, putting the Flames in a strong position as they continue to build their young roster which includes Heal, Keely Froling, Kalani Purcell and Keira Rowe.

The 186cm wing, Clarke is currently playing in the NBL1 West conference with the Perth Lakes Hawks, averaging over 23 points and 11 rebounds. No doubt the Flames fans will be looking forward to seeing her hit the court in the upcoming 22-23 WNBL season.

The UC Capitals announced the re-signing of veteran guard Britt Smart to their roster. Smart had an outstanding 21-22 season, notching up an average of 11 points and two steals per game, while shooting 80% from the free throw line, and 38% from beyond the arc.

Smart joins the already signed Jade Melbourne, Shaneice Swain and Gemma Potter to bring some experience to the developing group.