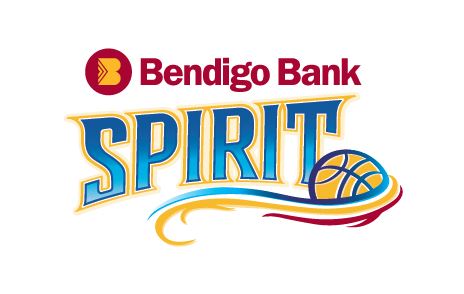 Preview the 2017/18 season for the Bendigo Spirit who have retained a majority of their list to lead them back into the top four this year.

Fixture:
Bendigo are on the road for four of their first five games but are at home in the middle of Round 2 to host Perth in the second broadcast clash of the season on FOX Sports. They then host four of their final seven games including the final contest of the regular season on New Year’s Eve against Sydney Uni.

Strengths:
The Spirit have been able to retain a majority of their list from last year and they will aim to take advantage early in the season against other sides who need to gel on the floor. Kelsey Griffin, Bendigo’s perennial MVP, has proven herself at international level. Griffin claimed the FIBA Asia Cup tournament MVP and alongside Gabe Richards and the emerging Nadeen Payne, the Spirit have a recognisable front court.

Ashleigh Spencer averaged 17.9 points per game in the 2017 SEABL season, while Ebony Rolph finished fourth in the league for total steals (51) and blocks (39) while winning the Championship with Geelong. They will both be looking to translate that form on to the WNBL scene. Heading overseas to fill the point guard role, Bendigo have signed Rachel Banham with the club buzzing about her ability to score the ball which included a 60-point performance in college.

Purchase a Bendigo Spirit membership today with entry to all home games, invitations to member events and priority for home finals included.

Weaknesses:
Two knee injuries in the space of 18 months hampered Banham as she missed her rookie season in the WNBA and the Spirit’s back court will take a massive hit if the worst is to occur this year. Their interior defence will also be a make or break situation, as they have lost the athletic Nayo Raincock-Ekunwe and their ability to cover the likes of past MVP’s Suzy Batkovic and Liz Cambage or 200cm centre Ruth Hamblin.

Watch out for…
Betnijah Laney will be aiming to remind fans how impactful she can be at both ends of the floor after impressing with the Lynx two seasons ago when she averaged 15.2 points, 7.8 rebounds, 3.7 assists and one steal per game. Her athleticism, energy on the floor and ability to finish around the rim will be beneficial in taking the focus away from Griffin. Laney’s combination of perimeter defence and strength in the paint will go a long way to returning the Spirit to the post-season if she stays healthy.

Predicted Finish:
After reaching the Grand Final for three consecutive seasons, Bendigo have missed the playoffs for the past two years – the first time in the club’s history. The Spirit seem to believe they are close to returning to glory as they have retained a similar list to last season and if Banham and Laney are healthy, they could provide the edge required to get them back into the top four. They will be elite finishers at the rim courtesy of Laney and Griffin but those two will have their work cut out for them in containing the big opposition forwards alongside Richards.