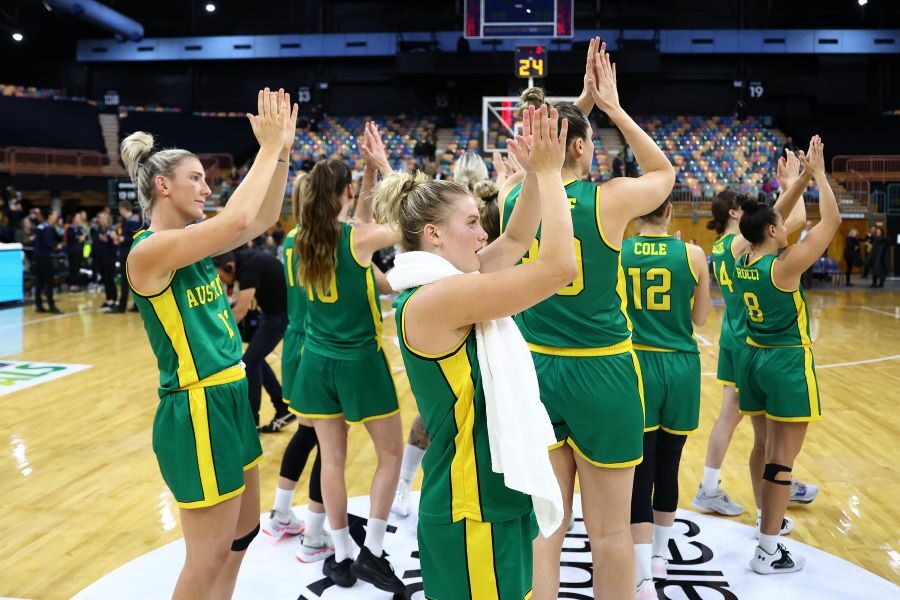 WNBL talent was on full display in the Opals’ three-game friendly series against Japan over the weekend.

Three Opals debutants took the court in this series. Townsville Fire MVP, Steph Reid injected some much-needed energy into the team in game one, coming off the bench and notching up five points, one rebound and one assist in her nine minutes of court time. Meanwhile, Southside Flyers champion, Bec Cole scored her first points for the Opals, and helped them to a 72-66 victory.

Anneli Maley (Bendigo Spirit) showed us exactly why she was named WNBL’s Most Valuable Player in her Opals’ debut. Making a instant impact in game three, Maley quickly hit 11 points, seven rebounds and one steal.

Coming straight from their Championship win with the Melbourne Boomers, Cayla George and Tess Madgen both lead from the front. George finished with a double-double in game one (10 points, 10 rebounds) and averaged seven points and nine rebounds for the series.

The experience of Sara Blicavs (Southside Flyers) shone throughout the series. Blicavs scored an impressive double-double in game 2 (16 points and 12 rebounds) and averaged 13 points and 7 rebounds across the series.

There was a glimpse into the Opals’ future with Jade Melbourne (UC Capitals) and Shyla Heal (Sydney Uni Flames) taking the court, both players coming up through the ranks in the WNBL and having an impact playing against some experienced players. Melbourne stole the show in the final quarter of game one getting 11 points off the bench. Heal hit some clutch three’s in game two to get the Aussies back within striking distance.

The Opals will regroup at the AIS in the coming weeks as their road to World Cup continues.