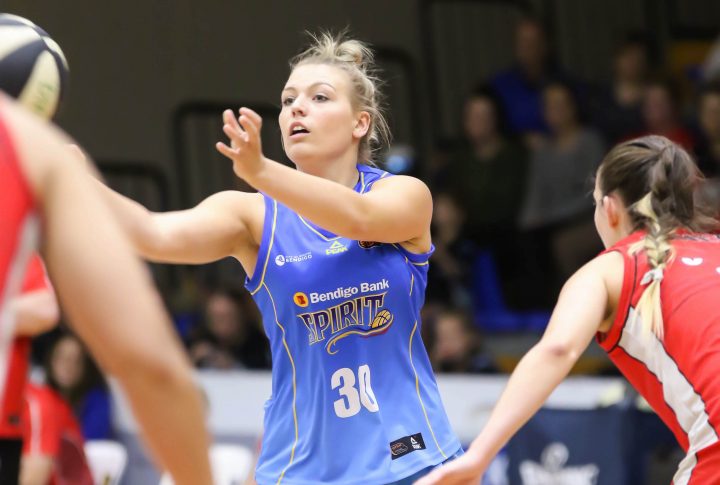 The Bendigo Bank Spirit has welcomed back rookie point guard Kara Tessari for the 2017-18 WNBL season.

The 18 year old debuted for the Spirit last season, coming off of the development squad to replace the injured Kerryn Harrington.

Coach Simon Pritchard said Kara is an important part of the SpiritÕs future.

ÒI was really impressed with how Kara developed last season, and when she had her opportunity on the floor she did exactly as I asked,Ó he said.

ÒIt was exciting to see her mix it with some of the best point guards in the world, including Opals and WNBA point guard Leilani Mitchell.

ÒLeilani is world-class, and she really put Kara under pressure when they played on each other. Kara took it all in her stride and performed really well.

ÒTo have her on board for another year is important. Not only is developing talent from regional Victoria one of our key goals, but making sure Kara and our other development players take big steps forward is vital.Ó

Kara said she is looking forward to the coming season, especially with the opportunity to play alongside some exciting talent.

ÒPlaying with Rachel Banham and Betnijah Laney this season is an amazing opportunity,Ó she said.

ÒAnd to again be in the same team as Gabe, Kelsey and Nadeen is a dream come true

ÒI was lucky enough last year to be part of the squad and I loved the team and everyone involved.

ÒI really enjoyed getting to know the city of Bendigo, I feel really connected here and am looking forward to working really hard for an exciting season.Ó