The Academy will be headed by the Boomers newest coaching recruit, Larissa Anderson, who has coached at WNBL level for several years, and has extensive knowledge and experience in basketball and player development. Larissa will be supported by Boomers Head Coach Guy Molloy, Assistant Coaches Paul Flynn and Kennedy Kereama, as well as Boomers senior WNBL players.

At the top tier of the program is the Melbourne Boomers WNBL Academy. This is designed for elite junior players that are pursuing a pathway into the WNBL. For the WNBL Academy, players will be identified and selected by the Boomers coaching staff. Once selected, the program for the players will include one session per week, run by Academy Head Coach, Larissa Anderson, with additional involvement from other Boomers coaches. Throughout the season, the WNBL Academy girls will also have the opportunity to train with the senior Boomers, and to receive expert advice and development in areas such as nutrition and strength and conditioning. This really is an excellent opportunity for any young girls who want to follow their dream to play in the WNBL.

After the WNBL Academy, the second tier of the overall Academy program is the Melbourne Boomers Junior Academy. This particular program is for the large number of hard-working, dedicated junior players who are serious about their basketball, but who are not a part of any higher institutional programs, i.e. Basketball Victoria run programs. It is aimed for those juniors who may one day develop into elite players, but who at the moment sit outside of the top group of athletes. The Junior Academy program will be offered to different age groups, starting at U12s, and will run across six-weeks. Each week will involve one session in which the juniors will receive support and mentorship towards their skills and game development.

At the final tier of the Academy program is the Melbourne Boomers Academy Clinics & Camps. This area of the program is open to players of all ability levels, and involves sessions for children as young as 4 years old. There are several different times and durations through which these programs will be run. The Bitty Boomers Clinic, which is for kids aged 4-8 years, will be held on one afternoon after school hours, and will be coached by our Boomers players. This clinic is a great chance for young kids to have some fun, be active, and be directly involved with our Boomers stars. Additionally, throughout the school holidays, the Academy will run Holiday Camps which will be made up of beginner, intermediate and advanced groups. These camps will be for kids aged 5-12 years, and will cover areas such as shooting, post work, offence, defence, and strength and conditioning. 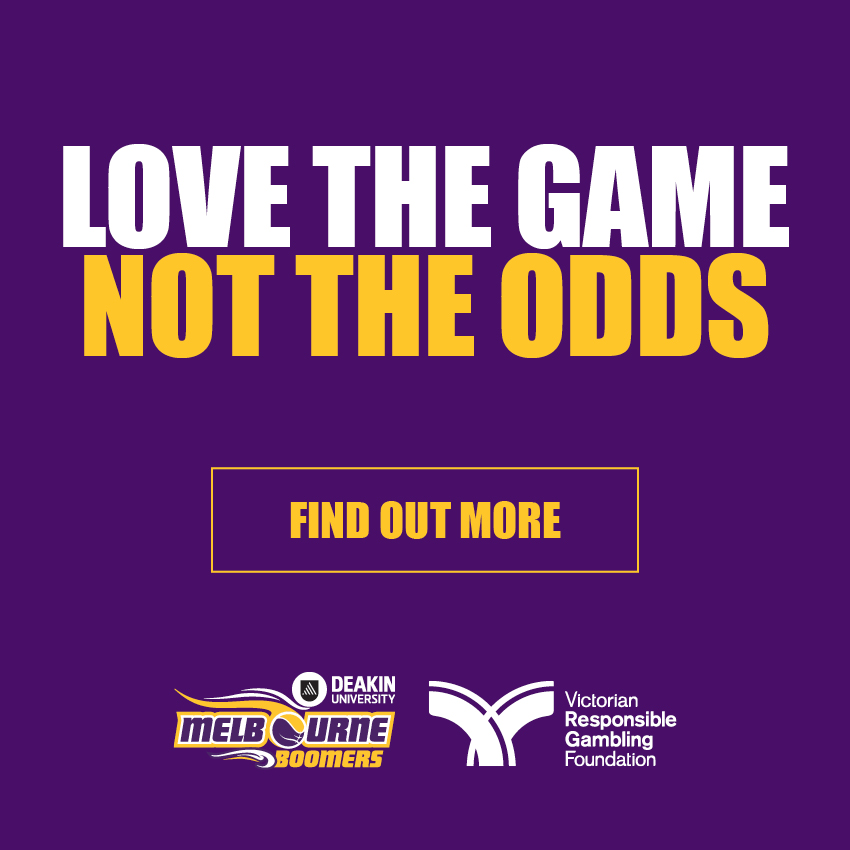