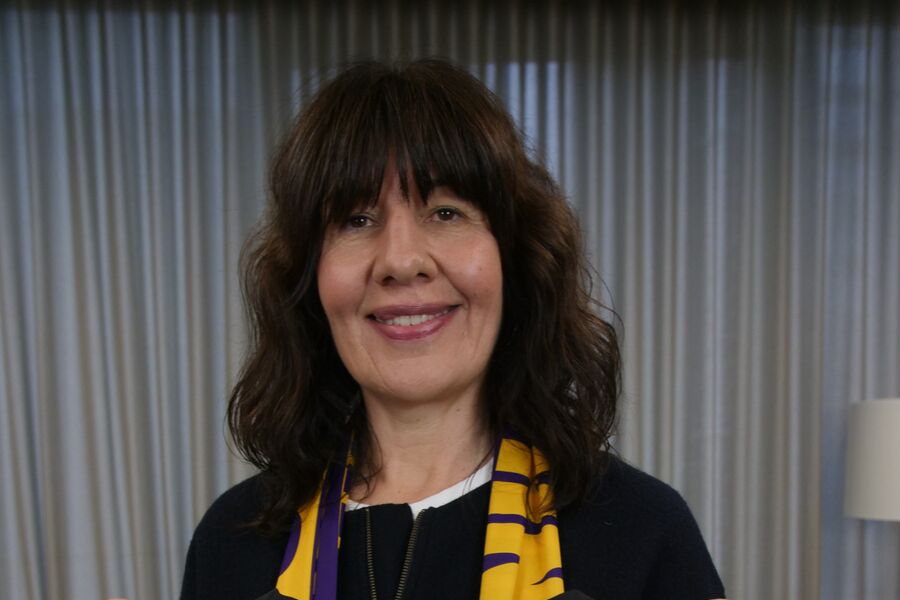 In celebration of 36 years of Boomer history, this WNBL season we are sharing the stories of some of our club ‘greats’!

The Boomers Heritage Program aims to recognize and commemorate our past, with a strong focus on previous players, and today we share with you the story of a Boomer icon, Debbie Slimmon.

Debbie’s story commences the launch of the Boomers Heritage Program, and we as a club are excited to share her story as well as others throughout this upcoming season.

If you want to understand Debbie Slimmon’s impact on the Melbourne Boomers you need to look at two things.

First is her statistics from 163 WNBL games at the Boomers where she is still the club’s all-time leader in points, rebounds (5th all-time in WNBL), field goals made and free throws made.

Second you need to talk to her teammates and opponents as they know better than anyone how a powerfully built centre dominated the paint despite having multiple players attempting to stop her.

“I will never forget the first time I had to play against Deb,” Former Boomers teammate Larissa Anderson recalled.

“I couldn’t stop staring at her.

“I kept thinking “oh my god, she has five girls hanging off her and she still gets her shot off”.

“She was amazingly strong and resilient and nothing fazed her. She just kept going. If you look through our club statistics she just dominated the rebounds. Dominated it and did it in style.

“So for me as someone who played a similar position. I looked at her in awe.”

Slimmon came to the Boomers as an established star in the WNBL having played for Australia at the 1988 Seoul Olympics.

She was an opponent of the Boomers during stints with Melbourne Tigers and Coburg Cougars but when their time ended in the national league, the Boomers became her home.

“The Cougars’ licence ran out and we all moved over to the Boomers, we took a few players with us and that was how I started there,” Slimmon said.

“It was a fantastic move. We had a very talented team and some great coaches and mentors in Paul Deacon, Tammy Good and Lori Chizik. It was a really exciting time.

“It’s always a bit daunting going to a new club. It takes you time to find your feet.

“I don’t think we made finals in that first season but we gave teams a run for their money.”

The Boomers had struggled to win games and push for the finals before they absorbed their new talent and Slimmon was the centre piece.

Boomers teammate Linda Brandt (nee Barker) said while Slimmon came with a big profile, she was also a selfless teammate.

“Debbie was a great asset to the team,” Brand said.

“I wasn’t a gifted player, I had to work pretty hard at my game and I think a lot of things came together in 1990,” Slimmon said.

“We also had a very good team that year.

“The recognition was great but what alluded me was winning a championship with the Boomers and I’ve always been more into team awards than individual ones but it’s nice to be recognised.”

Slimmon would play 199 games in the WNBL in total and also enjoy a stint in Wurzburg, Germany late in her career.

Reflecting on her WNBL career, she said balancing a full-time career working in government and training as an elite athlete was always a great challenge.

“It took enormous commitment, dedication and sacrifice from the players to play in the WNBL,” Slimmon said.

“The majority of the players worked full-time, so time management skills were essential to meet training requirements and matches.

“The WNBL competition was competitive, challenging and consisted of many elite and talented basketballers.

“We all trained after work, sometimes early in the morning, sometimes from 8pm to 10pm at night depending on court availability.

We fitted it in where we could, it was pretty tough.”

Slimmon, who joined Basketball Victoria’s Wall of Fame in 2015, is synonymous with rebounding and scoring around the basket.

“I wasn’t all that accurate around the basket in my early days but I had that determination to go after the ball if I missed. It just developed from there.

“It was very physical in those games. The ball went inside a lot more compared to now, the games were pretty tough.

“You would come out pretty sore but you would bounce back quickly.”

Slimmon looks back on her time playing for the Boomers at Sheahans Road and the Veneto Club as wonderful memories.

“I was very passionate about basketball and it was a huge part of my life for a long time.

“I met some great people, played against some very talented players and had some outstanding mentors. It was fantastic.”