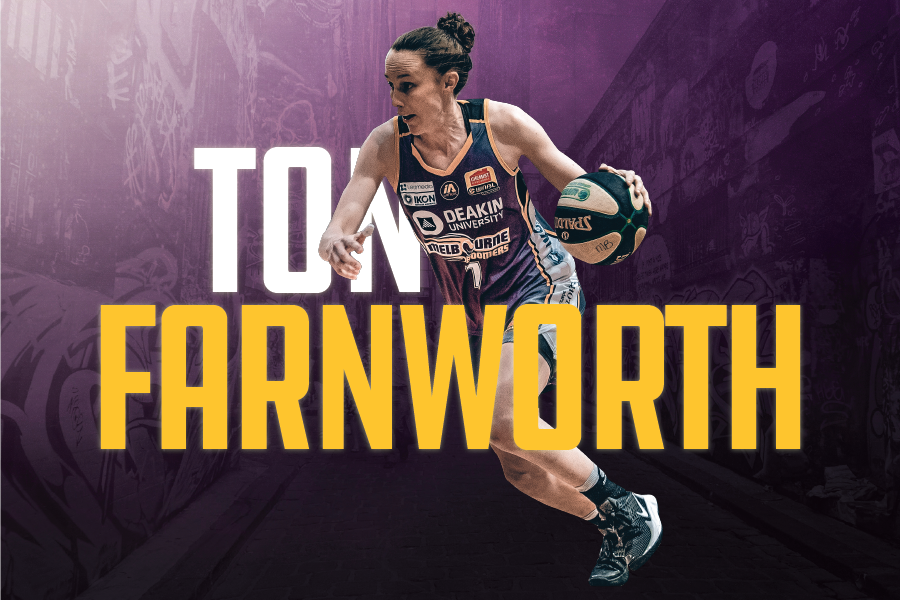 Looking to build on her 269 WNBL games, it’s clear Farnworth is keen to get back into the playing routine, but also that she loves spending time with the team.

“I am looking forward to being with the team day in day out again. The chemistry in the group was awesome last year,” she says.

Even after 13 years in the league, the one main challenge in front of her this season is, “Getting back to playing after having such a longer break than I have had since I started playing in the WNBL,” Farnworth admits.

Speaking about what the team might need to do this season to be their best, the Boomers’ guard thinks the players will definitely have to adapt because of missing imports, Lindsay Allen and Sophie Cunningham, but believes the team is more than capable.

“I think as a group we will all need to step up to fill the holes left by Lindsay and Sophie, but I think we have the talent to do that.”

“I think we have a very strong team and we can improve on what we did last year.”

Outside of Australia, Farnworth has played a key role in helping the New Zealand Tall Ferns to a bronze in the 2018 Commonwealth Games but has also branched out to represent the Kiwis in 3×3, winning gold at the 2018 FIBA 3×3 Asia Cup in China.

Aside from keeping busy as an Accountant in the off-season, Farnworth says this year has still been a strange experience and she’s delighted to have the WNBL 2020/21 season to look forward to.

“Usually I would be playing in NBL1 or another offseason league so not having that has been an adjustment.

“Having the WNBL season definitely gives me something to work towards though, which is great in such uncertain times!”

Don’t miss out on seeing Toni play this season – register your interest to become a member today!