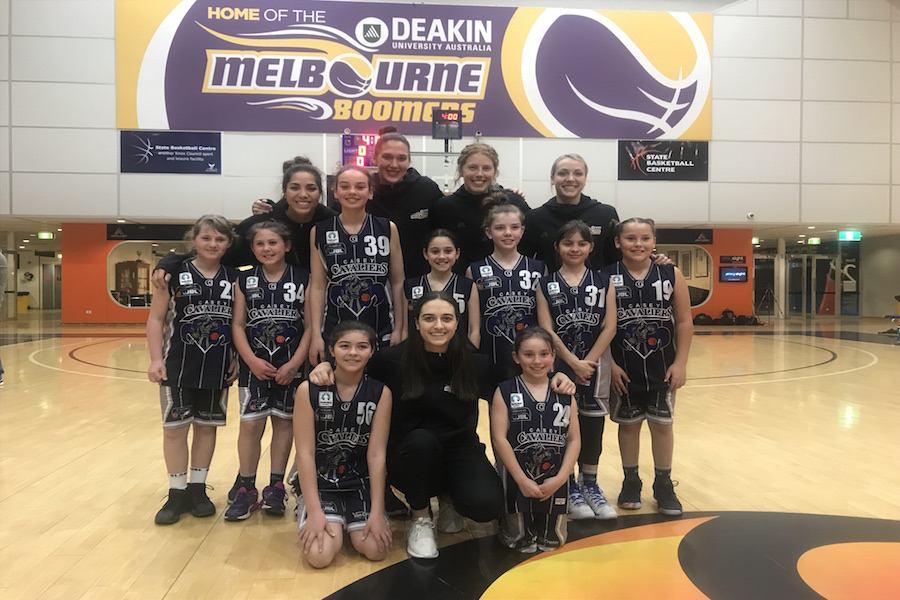 Best Team Training Ever Continues To Thrive For Boomers

More than 200 juniors have signed-up as full-season members of the Deakin Melbourne Boomers over the last week via the club’s Best Team Training Ever (BTTE) program.

In its second year, the BTTE program involves junior teams from grassroots clubs coming to State Basketball Centre and training with their favourite players from the Boomers. Stars including Monique Conti, Kalani Purcell, Ezi Magbegor, Maddie Garrick, Sarah Boothe, Ash Grant and Chelsea D’Angelo have been busy putting young players through their paces on the same court where the Boomers do battle in the WNBL.

“It’s so much fun to be on court and running a training session for junior teams,” said Monique Conti, adding, “It’s a different session for them, they always come in with so much energy and really enjoy working with us.”

The program also includes a full-season membership for each junior player in the cost of the session, which has led to more than 200 new junior members over the last week.

“Yet again an amazing response to the program,” said Boomers GM Justin Nelson.

“All of these young players love receiving a membership and they can’t wait to come and see the Boomers players in action, the same players they were training with.”