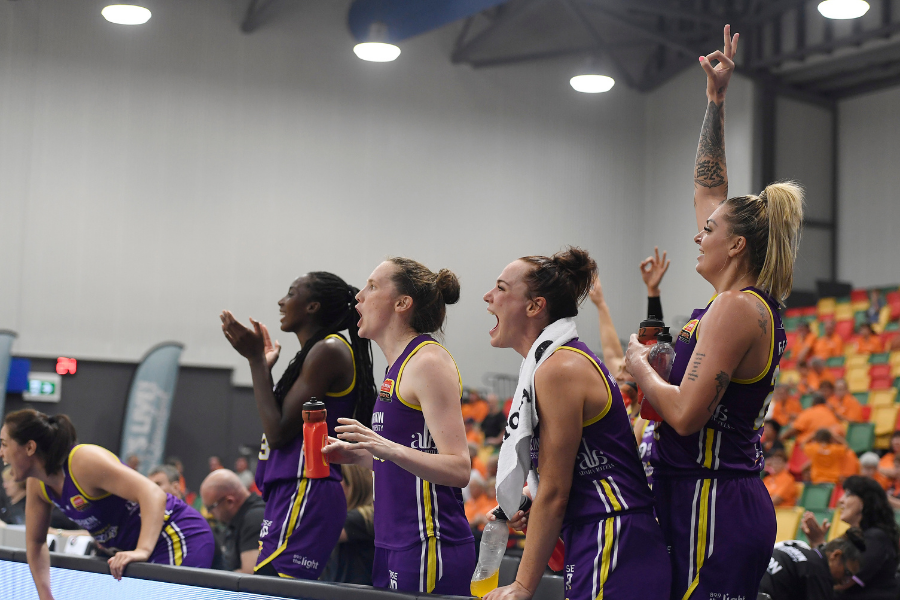 The Deakin Melbourne Boomers returned to the Chemist Warehouse WNBL winners list in emphatic style on Tuesday night with a thumping 91-51 victory over the Adelaide Lightning.

Coming off a pair of defeats to the UC Capitals and JCU Townsville Fire, Melbourne signalled their intentions early in Townsville by bursting out of the blocks with a 28-8 opening term.

Led by Tess Madgen (16 points, 5 assists) and co-captains Cayla George (16 points, 15 rebounds) and Maddie Garrick (15 points), the Boomers extended their advantage in the second quarter to head into the rooms at half time with a 25-point buffer.

The Lightning, straight out of a week in hotel quarantine, experienced a sluggish start but showed some fight and resistance through Ally Wilson, who finished with 13 points and 4 boards, captain Steph Talbot (12 points, 7 rebounds) who flirted with a double-double and Chelsea Brook (9 points) plus Marena Whittle (7 points) contributing.

George was delighted with the result but more so with how her team performed from the outset.

“I think all in all that was more of a Boomers brand of basketball we want to be playing. That felt really good and we will look to move forward from here,’’ she said.

“We made it a real focal point to come out from the start really aggressively because we haven’t had great starts and we definitely wanted to make a point tonight to start the game well and end the game well.”

Adelaide coach Chris Lucas said it was a tough night at the office for his Lightning side.

“Melbourne were obviously pretty aggressive and responded to their game the other day (defeat to Townsville on Sunday) and I let our team know that was going to happen,’’ he said.

“There’s no excuses but it’s relative that we’ve been sitting around locked in hotel rooms and I think that probably showed because that’s not the Adelaide team that was playing last week and a week and a half ago.

“The best part of today is that we’re playing tomorrow.”

The Boomers must now wait a week until they get the chance to bank consecutive wins when they play pace setter UC Capitals, while Adelaide get an immediate chance to rebound when they tackle Bendigo Spirit on Wednesday night at Townsville Stadium.