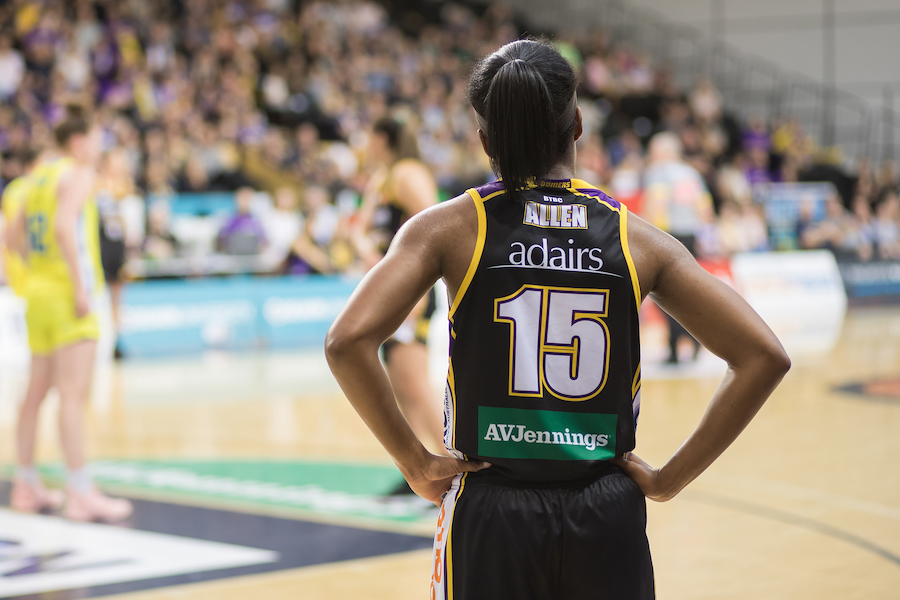 The Deakin Melbourne Boomers have ended their 3-game winning streak with a narrow 2-point loss against the Bendigo Spirit at the State Basketball Centre on Cup Eve.

Looking for redemption after a loss to Spirit in the 2018/19 season opener, the stage was set for a massive Cup Eve clash with 2,787 fans in attendance.

Cayla George opened up the account for the Boomers with two quick mid-range jumpers in what was a slow start to the quarter for both squads. The Cup Eve atmosphere in the stadium became apparent with the crowd erupting after a Steph Talbot corner triple.

This continued with a massive roar after a Kalani Purcell offensive rebound leading to a Cayla George trey with 2 minutes to play in the term. The exciting play of the Boomers led to a 19-13 lead at the end of the quarter.

Continuing the electric play, the Boomers began the 2nd quarter with a defensive stop and an unselfish transition play finished by Lindsay Allen. However, a cold stretch by the Boomers then allowed the Spirit back into the game, taking the 23-24 lead into a timeout with 4:44 remaining.

In a back-and-forth conclusion to the first half, the Spirit were just able to edge the Boomers to head to the locker room with a 35-36 lead. Steph Talbot (12 points) and Cayla George (12 points) both led the Boomers scoring.

In the third, a slow start for both teams was ended by yet another Steph Talbot corner triple bringing her total to four treys for the game. Kalani Purcell was also able to nail a triple to give the Boomers a 5 point lead mid-way through the period.

Sarah Boothe converted inside to give the Boomers a 49-43 lead with 2 minutes remaining in the quarter. A three by the Spirit’s Barbara Turner followed by an offensive foul by Sarah Boothe allowed the Spirit to close the gap back to three with the scores at 49-46 headed into the final break.

The Spirit opened the final term scoring with a mid-range jumper, however Steph Talbot, still cooking, replied with a two pointer of her own. A steal and score by Cayla George ignited the massive crowd once again but this excitement was quickly silenced by another Spirit long bomb.

The intensity was building as the score stood at 55-53 half way through the final quarter. As the momentum started swinging the Spirit’s way, Sarah Boothe put in a clutch and-1 in transition to tie the game up with 2:30 remaining.

An offensive 3 second call on the Boomers saw the Spirit with a 58-60 lead going into a timeout with only 1-minute left. Intense Boomer’s pressure forced a Spirit turnover off the inbound giving the squad 6.3 seconds to tie the game up. An errant pass sailing out of bounds on the Boomer’s final possession all but ended the game with the Spirit walking away with a 58-60 win.

Melbourne’s WNBL team now look to bounce back Thursday night at home again against the Sydney Uni Flames for the Wear Your Colours game. Tip-off is at 7pm, come down and support your Deakin Melbourne Boomers.