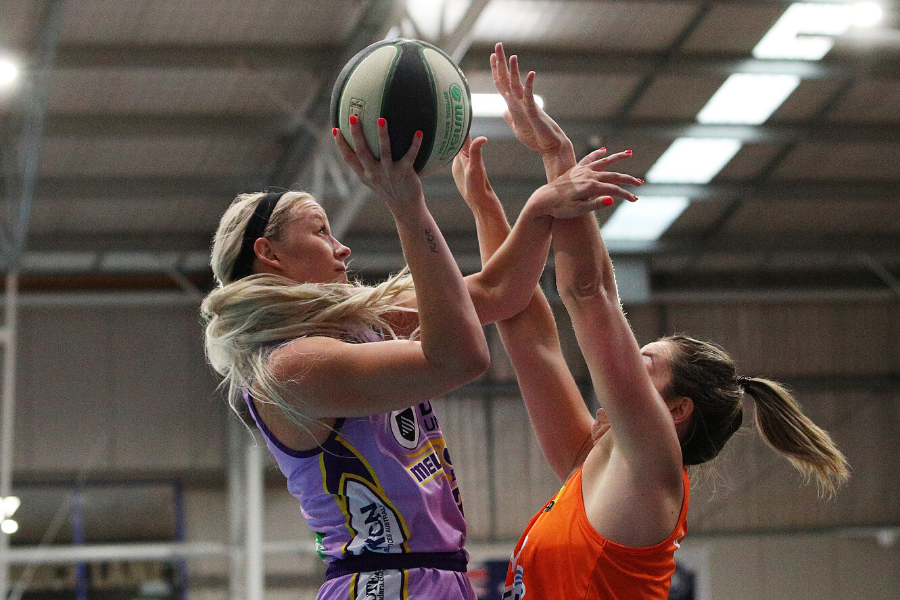 Boomers go down to local rivals

In the second instalment of the Michelle Timms Cup this season the Deakin Melbourne Boomers have fallen agonisingly short against the Southside Flyers, 89-82. The margin of seven points the same as their first encounter earlier in the season.

Despite the loss, the Boomers can only be commended on their fight back closing a 20-point difference in the third. Cayla George was pivotal under the ring for the Boomers and top scored for the team finishing on 19 points, eight rebounds, three assists and four steals. Maddie Garrick also showcased a resilient game, coming out with 18 points, four rebounds and two assists.

The Boomers also had 13 points from the bench with Kalani Purcell having a key defensive presence and also nailing seven points and two rebounds. Stella Beck finished on four points and three rebounds while Penina Davidson also bought home a basket from under the ring.

However the strength of the Flyers could not be diminished, Ex-Boomer Jenna O’Hea top scoring for the match with 22 points, two rebounds and six assists. Leilani Mitchell was also crucial to the Flyers securing the win, finishing on 18 points, six rebounds and four assists, while Mercedes Russell was deadly in the paint on both ends of the floor with 14 points, nine rebounds and three huge blocks at crucial times in the match.

In a strong first quarter the Boomers may have started slow but finished impressively, leading 22-19 at the break. Lindsay Allen was nothing short of lethal on the court opening the match with 11 points and shooting at an exceptional 80% from the field.

It was in the second quarter that things took a shift in the favour of the Flyers and by the half they lead 50-37.

Despite a huge effort to bring home the win in the second half, even after the Flyers extended their lead to 20 points with five minutes remaining in the third. The Boomers refused to give up and managed to close the Flyers lead down to only two points. However in the final minutes of the fourth the Flyers defensive game was too strong for the Boomers to combat and the local rivals secured the win.

Today the Boomers will face Perth Lynx at the State Basketball Centre in the second match of their double-header weekend.