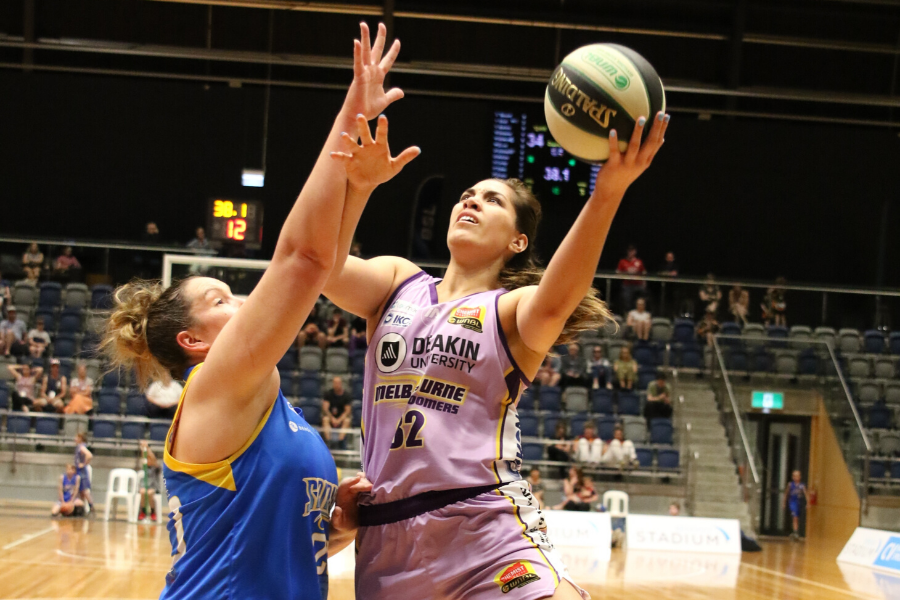 The Deakin Melbourne Boomers yesterday recorded their second win for Round 6 when they defeated Bendigo Spirit by 16 points, keeping their away games record at 4-4 for the season. With a similar story to Friday night’s clash against the Lightning, the Boomers trailed at both quarter time and at the half, before hitting the lead in the third quarter and coming into the final term with a three point advantage. Some superb defensive efforts kept the Spirit to just 11 points in the fourth quarter, whilst the Boomers were able to put 24 points on the board and secure the win.

In their third win over the Spirit this season, the Boomers were keen to make that head-to-head 3-0. With both of Bendigo’s wins’ so far coming from home games, Coach Guy Molloy never expected this to be an easy game. “We know they’re a very good team at home, I didn’t think there was a chance that we would crack them early”, Molloy said. “I knew we’d have to fight long and hard for that win… We just had to chip away and find the cracking point”. Boomers guard Stella Beck agreed with Molloy, praising her side’s ability to play their style of game . “We stick to our game plan and that didn’t change from the first half to the second half we just executed it much better in the second half, and our shots started to fall,” the talented defender stated. “The confidence that we have in each other and in the system as a team is kind of something that carries through all the way to the end so I think that’s a big part of it.”

Lindsay Allen backed up her star performance from Friday night, finishing the game against the Spirit with 17 points, four assists and two steals. Molloy commended Allen on her great form this weekend, expressing that, “It’s been a standout weekend for her”.

With the Boomers’ points spread across 11 players, it was their defense that really stood out, 22 points coming from turnovers and keeping all but one Spirit player to single digits. “Our offence is still a bit of a working progress, we’re trying to keep our defense at a really good level,” Molloy said. “We’ve got depth with defenders, there’s plenty of guys that I can throw in and I know they’ll do a good job defensively so that kind of keeps the pressure on”. After being in foul trouble early on, Boomers’ Sophie Cunningham stepped up and put in a huge fourth quarter defensive effort, applying pressure that culminated in two steals and four defensive rebounds to go along with two assists also.

After a busy few weeks with the international FIBA tournament straight into a double-header, the Boomers won’t take the court again until this Saturday, 30th November, where they face off against Sydney Uni Flames for the first time this 2019/20 WNBL Season.