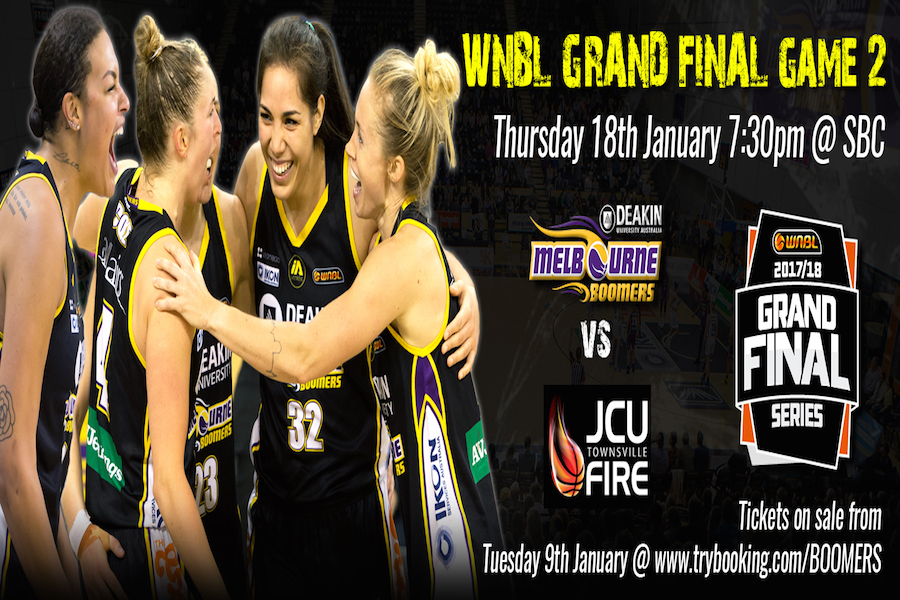 The Deakin Melbourne Boomers are back in the WNBL finals for the first time in four years and aim to go all the way when they meet the Townsville Fire in the Grand Final Series.

Game 2 of the series will be held at the State Basketball Centre on Thursday January 18 @ 7:30pm.

Tickets to the big game will go on sale to the general public on Tuesday January 9 @ 9am via the club’s ticketing link – www.trybooking.com/BOOMERS

Capacity at the State Basketball Centre is 3,400 and the Boomers are expecting a sell-out.

“It’s exciting for everyone involved, particularly our members, sponsors and the 34 grassroots basketball clubs and associations that joined us this season as partners,” said Boomers GM Justin Nelson.

“Everyone in the Boomers organisation is just so pleased we have been able to bring a Grand Final to our Boomers Family.”

Tickets for Boomers fans wanting to attend Game 1 in Townsville on Saturday January 13 are also available  – contact the club directly via email – lj.melbourneboomers@gmail.com