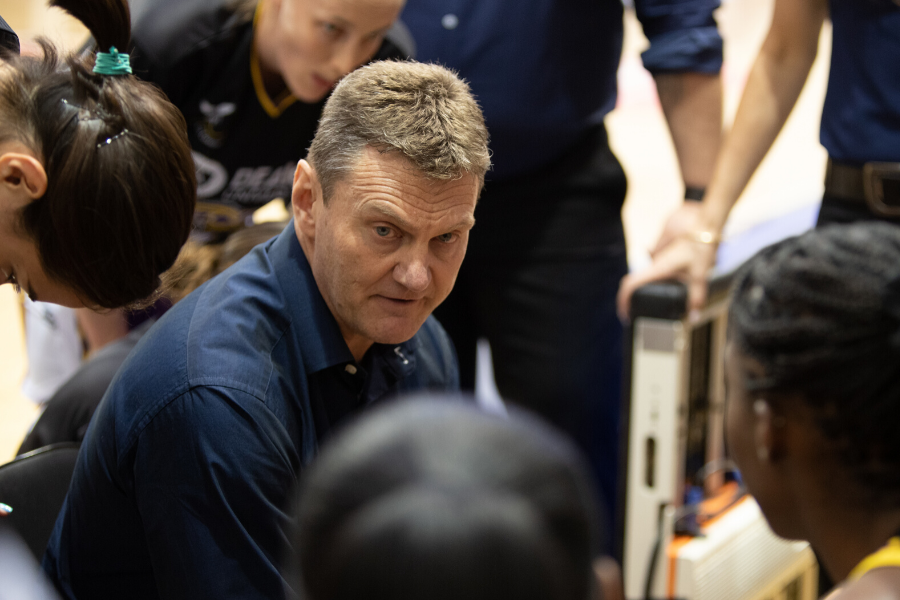 Deakin Melbourne Boomers head coach Guy Molloy has cranked up the heat on the Canberra Capitals heading into the final weekend of the WNBL season with everything to play for in the push to secure home advantage for the Finals series.

Sitting on the same win-loss record, the Boomers must beat Perth Lynx and hope Adelaide Lightning can do them a favour and upset the Caps in Canberra.

Not an unlikely scenario of course, but with fourth place cemented on the ladder, Lightning can’t move in either direction, meaning they will finish in fourth no matter what the outcome on Saturday.

But Molloy senses it isn’t a foregone conclusion and admits swooping under the radar to secure home advantage for the semi-final would be a huge boost for the club.

“Psychologically it’s an interesting game. Lightning can’t move out of 4th spot but it’s a must-win for the Caps for second spot, however Lightning is talented enough to go there and get the win” he said.

“It’s (home advantage) important for so many reasons. For our members, commercially, for our players, for everything.

“We’ll know tip-off time because their game is before ours on Saturday. Lightning getting up would definitely be a huge motivator.”

Frustration for the Boomers that it’s come down to a scenario where they have to rely on Adelaide; two narrow over-time defeats to the Southside Flyers and Caps could have made the picture very different had those results tipped their way.

The fine margins that decide those games can be turned in your favour by a player with the talent of Lindsay Allen, and Molloy admits her absence has been felt.

“The big issue for us is not having a player like Lindsay Allen on the court” he added.

“But it’s been a valuable time for the group to get some confidence and cohesion without Lindsay there. I’m feeling good about where we’re at as a team.” he said.

Allen has been sidelined by a niggling knee injury, and despite a return to the court not far away, Molloy won’t be taking any risks this Saturday.

“It’s 50/50 at the moment, we’re just treating each game as it’s going. She trained quite well today with limited time and I’m hoping she gets stronger as the week goes along.

“We can’t rush it, we’ll only play her if we think her health warrants it, and she’s really motivated to do it, she feels good on her knee”.

Tip-off at the State Basketball Centre on Saturday is at 7pm, tickets can be purchased here.