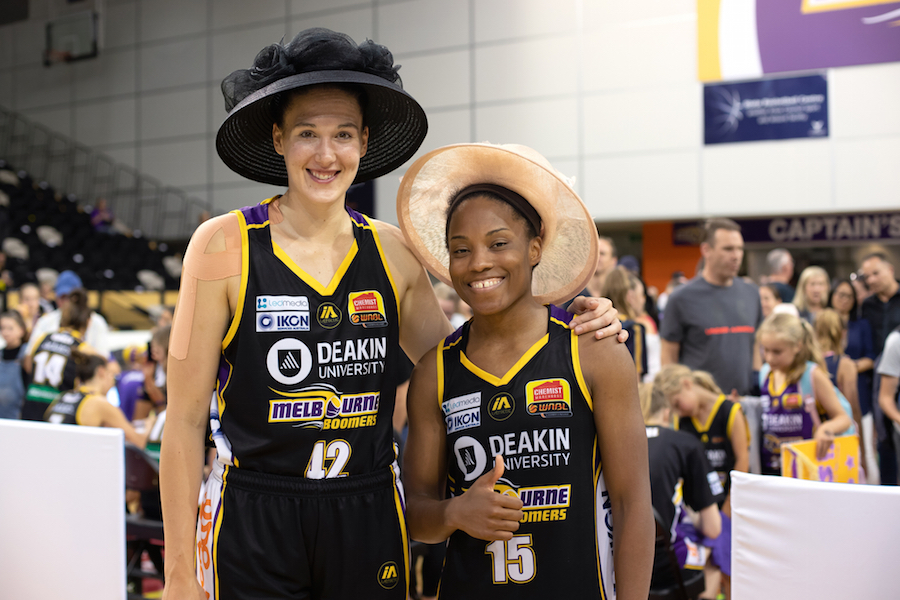 Boomers Imports Enjoyed Cup Day, But Back To Business For Thursday Night Clash

America has the Kentucky Derby, but it’s “nothing in comparison” to the Melbourne Cup insists one of Deakin Melbourne Boomers’ American imports Sarah Boothe.

The tall, imposing forward from Chicago was unable to help the Boomers overcome Bendigo Spirit in a thrilling Cup Eve Derby contest on Monday night, but she is looking forward to bouncing back on Thursday night.

“We have the Kentucky Derby back home, but it’s nothing in comparison to the Melbourne Cup,” said Boothe.

“The hats, the bank holiday and the festivities make it unique, it’s a culture of its own.”

American sporting prowess was firmly engrained in the psyche of Australians when Boothe’s fellow countrymen of considerable physical stature – Mason Cox – helped Collingwood to upset Richmond in the AFL play-offs in September with a towering individual display.

And the 28-year-old hopes to keep the positive sentiment around American sportspeople alive with some strong performances in purple.

She added: “It was really inspiring to see an American doing so well playing in the AFL, I’ve never met Mason, but it was great to see him doing so well in a sport that not many Americans know about.

“You’re starting to see lots of American players come here to play in the WNBL, and some of them look to stay permanently.

“I think it’s because it instantly feels like a second home, you don’t have issues with language, although I’m trying to make sure I keep up to date with Aussie slang.

“I feel really comfortable and hopefully I can have an impact here.”

The Boomers will be hoping to bounce back against the Sydney Flames on Thursday for ‘Wear Your Colours’ night, and Boothe is confident they can get it right this time: “We’re really looking forward to the game on Thursday night, we had a bit of a slow start to the season with pretty much a new team.

“But we’re really starting to develop chemistry both on and off the court and we’re confident we’ll be able to really show what we can do.”

WHAT: Wear Your Colours