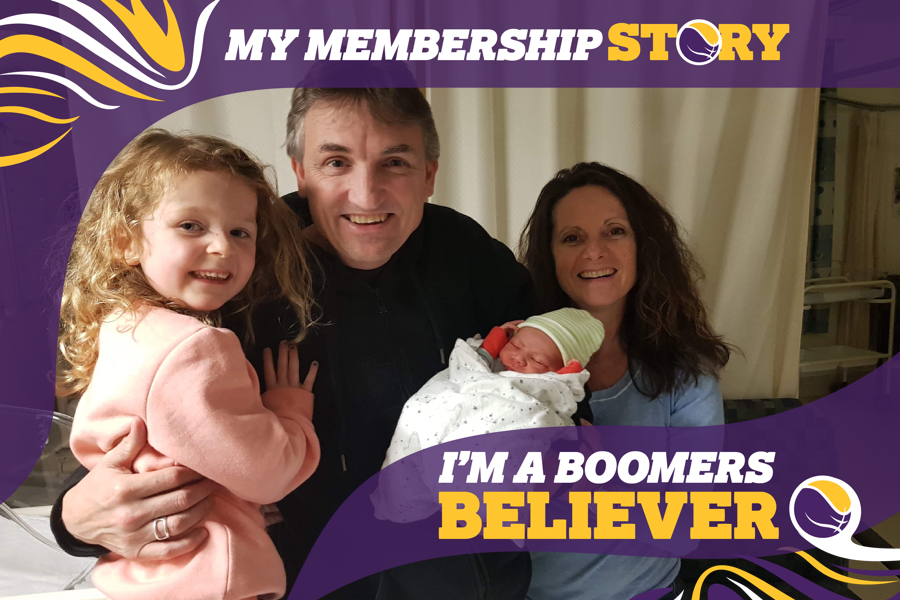 Boomers Launch ‘My Membership Story’ With A Yarn About Jovi

The next four weeks is My Membership Story month and the Deakin Melbourne Boomers want to hear from members and why they became a member and joined the Boomers family?

Over the last two years the Deakin Melbourne Boomers have welcomed hundreds of new members and over the next month the club will be sharing many of these membership stories with the basketball community, and hopefully hundreds more new members eager to back Melbourne’s WNBL team.

Leading the club’s membership charge is Lauren Jackson and she can’t wait to hear from members and help them share their membership story.

“I love hearing from our Boomers members and listening to how and why they got involved with the club, their love for wearing purple, meeting the players after games and screaming loudly from the stands during games,” Lauren said.

As Lauren explains, Membership Story Month starts with a yarn about Jovi, a new full season Boomers member that is close to the heart of the club and could well be the youngest ever member of Australia’s longest running elite level women’s sports team.

“I couldn’t believe it when the boss called to introduce me to Jovi,” Lauren said with a laugh, adding “The young man didn’t have too much to say, but that’s to be expected when you’re less than a day old.”

On May 16 at 4:27am Jovi Nelson entered the world and 30 minutes later at 4:57am the wide-eyed young master became a full season Boomers member.

Jovi, who is the fifth grandchild of Boomers GM Justin Nelson, will hopefully get to enjoy a number of games during his first year as a member when the WNBL season commences in October.

“It’s a nice story and one that we’ll enjoy telling Jovi about when he’s a bit older,” said Jackson.

“Justin and his son Ace shared a really special story a couple of years ago during our Tell Her She Can game and the recent birth of Jovi is in some way the next part of that story, so we’re all really excited to have Jovi as a part of the Boomers family.

“It will make for a good show and tell at school, it’s not every day you become a member of a national league sporting team half an hour after being born,” Jackson said.

A successful opening month of membership sales have the Boomers well placed to reach new heights.

“Last season’s amazing grand final series has Boomers fans excited for the new season and we are seeing reserved seating being snapped up quickly.

“It’s great to see people getting behind Melbourne’s WNBL team, and supporting girls and women in basketball,” added Jackson.

Full season junior memberships start from just $49 and include entry to 10 Boomers games at the State Basketball Centre.

To join young Jovi as a Boomers member, go to www.boomersmemberships.com.au